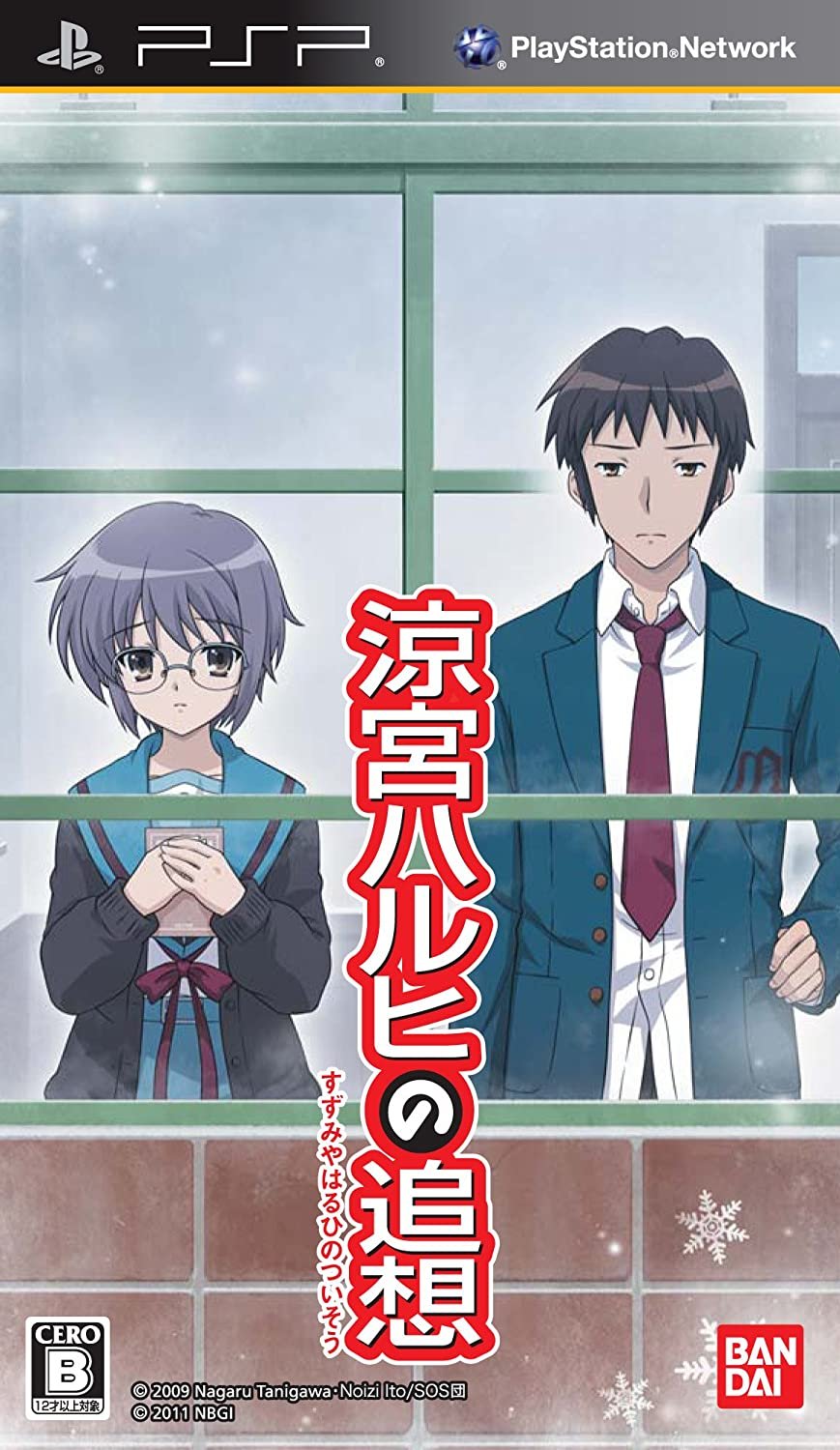 By Nanoman : October 11
This is a sequel to "The Disappearance of Haruhi Suzumiya" movie, an adaptation of the fourth installment of the popular Haruhi Suzumiya light novel series. This sequel, The Reminiscence of Haruhi Suzumiya, is a direct continuation of the film's ending, taking place in the parallel world where the SOS Brigade doesn't exist. However, this sequel is a video game, featuring an original story; it just happens to be tied in to the plot closer than most Haruhi games.