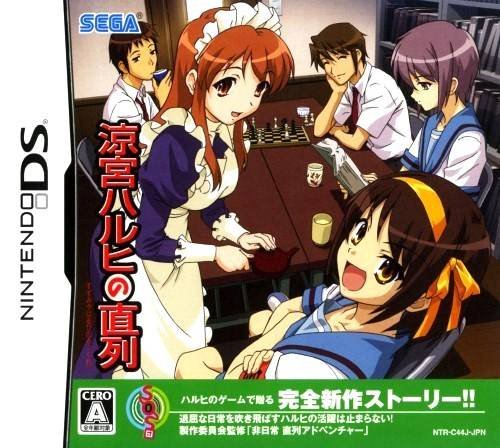 By GambierBae : July 19
Rumors of unnatural phenomena appearing one after the other have been spreading round school! Of course, Haruhi delightedly decides to start figuring out the identity and cause to these sightings and naturally, Kyon and the rest of the SOS Brigade members, get dragged along for the ride...

One day, Kyon receives an unexpected call... "The school's being haunted?" Of course Haruhi didn't fail to hear about it. "Be ready to stay late after school, otherwise, its the death penalty!!!"

Mysterious phenomena appearing one after the other...In the "Seven Wonders of the School" Ghost Story, Kyon, and the SOS Brigade get caught up in a ridiculous tempest yet again, having to figure what's causing these strange things to happen, without Haruhi noticing!