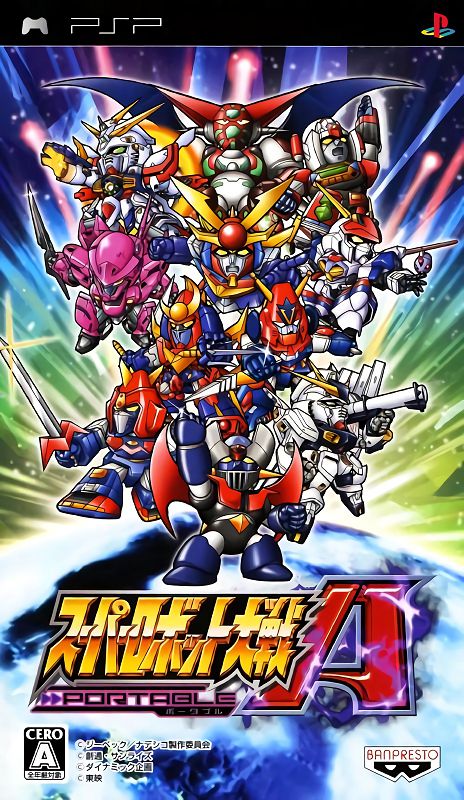 In the year New AD 179, an enormous alien spacecraft crash-lands on Earth, making humanity acutely aware that they are not alone in the universe. The ship is repaired and its technology reverse-engineered, becoming the flagship SDF Macross in preparation of an attack on Earth. Just eight years later, their worst fears come to reality, with the Neo Zeon Army launching an all-out attack on Earth.

Super Robot Taisen α is one of the many titles in Banpresto's mecha-crossover tactical RPG series, and the first release in the Alpha sub-series, which was the first major reboot of the franchise after F Final ended the original storyline. It features mechs and characters from more than a dozen well-known mech anime franchises, and includes a number of design and balance tweaks that would become standard for the series. Of particular note is the battle sequences, which for the first time are now fully-animated.

The Dreamcast release features fully-3D models rather than the sprite-based graphics of the original, and also includes a number of balance tweaks to make the game more difficult, along with a new secret boss.

Thanks to Steel Soul Team for this translation.