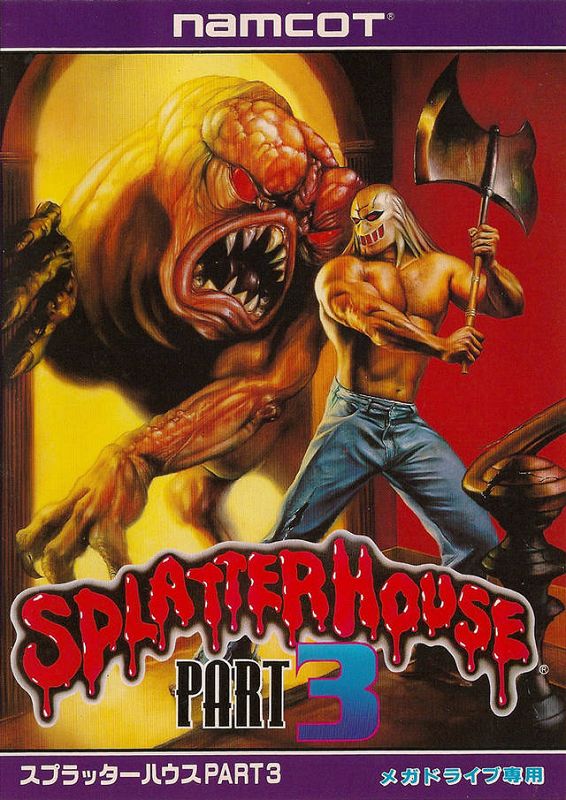 By GambierBae : May 28, 2017
It has been a while since the escape in Splatterhouse 2 and Rick is slowly regaining his sanity. At night, he is still haunted by nightmares from the place. Rick has married Jennifer and they have a son, David. In the final chapter of this horror trilogy, Rick finds out that an entity called The Evil One has kidnapped his beloved family members. He has no choice but to wear the demon mask with the supernatural powers to save Jennifer and David from the demon-infested Splatterhouse.

The third title in the series builds upon the gameplay of its predecessors. The game consists of six consecutive levels in a huge mansion. In a race against time, you have to wipe the demons from each room and find the quickest path to the boss area. After clearing a room, you can use an in-game map to decide upon the quickest route. Improvements over the second title include moving between rooms in multiple directions, multiple endings based on your performance, special moves for Rick and crisper graphics.

It still has a horror theme and maintains the same level of gore and violence. You can collect weapons such as a skull-smashing baseball bat, an ax and cement blocks. If you get knocked down, a ghost will try to snatch your weapon and drop it in another room of the house. Other collectible items include extra lives, health meat or orbs. These orbs build up a power meter. Upon completion, you have the ability to transform into a berserk mutant for a short time. The cutscenes feature real actors who act out the characters.