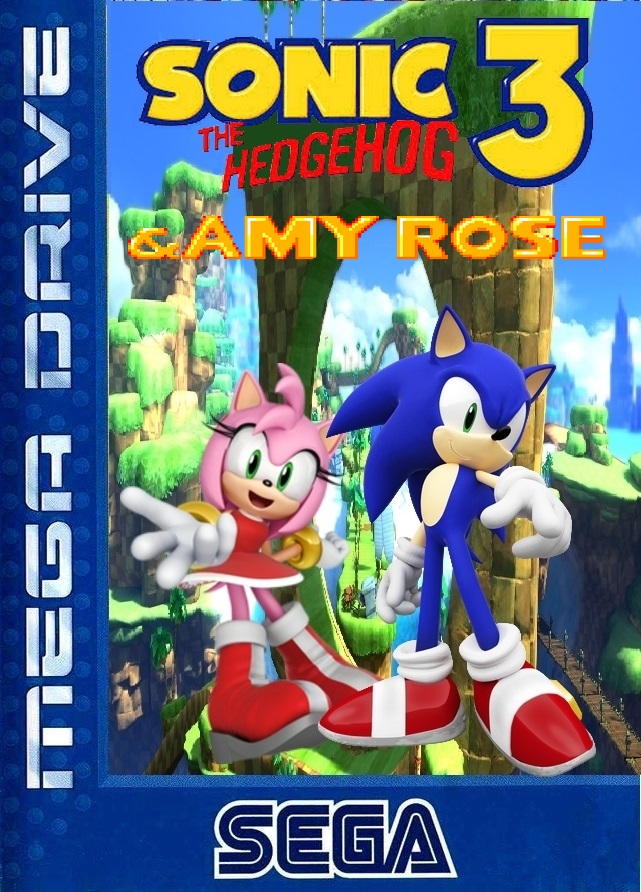 By TompouceGabriel : February 3, 2014
Sonic 3 and Amy Rose is a fan-made hack of the game Sonic 3 & Knuckles for the Sega Mega Drive/Genesis, with character Amy Rose as playable character in place of Sonic the Hedgehog. The games' sprites (modified from Sonic CD) use Amy's initial design prior to Sonic Adventure.

Amy's abilities mirror those she utilized in the Sonic Advance series. She is slower than Sonic and can't use spin attacks, however has a number of abilities (mostly using her Piko Piko Hammer) to gain manueverability and access areas Sonic had difficulty reaching:

Hammer Attack: Press A and Amy swings her hammer, damaging enemies. In addition, Amy can use her hammer to smash obstacles such as walls and hit springs.
Hammer Jump: Press Down + A on the ground and Amy smashes the hammer into the ground, launching her into the air.
Hammer Whirl: Press Down + A in the air and Amy swirls down toward the ground. If an enemy is hit Amy will bounce up again.
Upward Dash: Hold Down + B/C while on the ground and Amy will rev her feet on the spot as opposed to a spin dash. Let go of Down to charge full throttle in the facing direction. Be careful though, Amy is vulnerable to blockading obstacles and enemies.

In addition, Amy can use her hammer attacks to enter Knuckles' blocked pathways, allowing her to proceed through the game with either Sonic or Knuckles' routes.