Prince of Persia 2 : The Shadow & The Flame 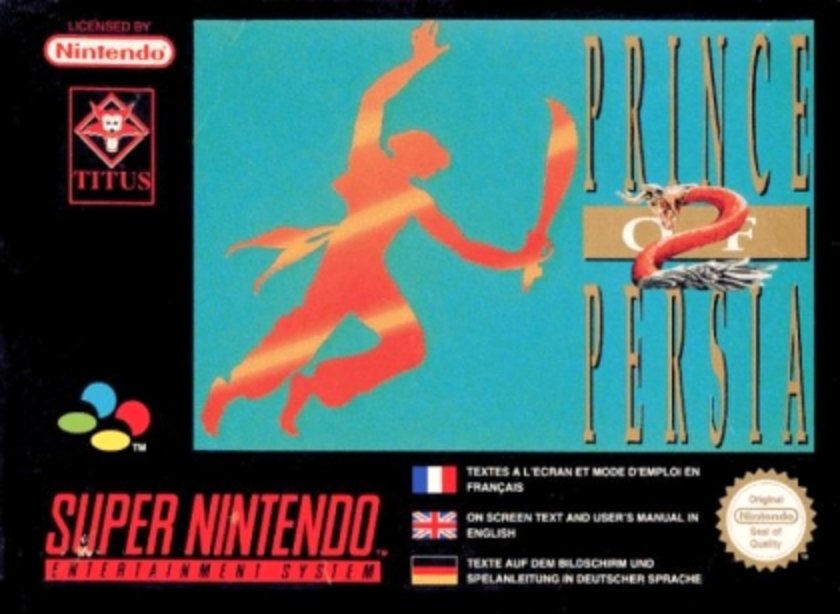 After having defeated the evil Grand Vizier Jaffar, the brave Prince claimed just one reward: the hand of the beautiful daughter of the Persian Sultan. However, as the Prince approached the palace, his appearance suddenly turned into that of a beggar. Someone who looked just like the Prince ordered to throw him out. It turns out that Jaffar is alive and back for vengeance. Banished from the palace, the unfortunately Prince must travel to faraway lands and find a way to defeat the villain.

Prince of Persia 2 is, like its predecessor, a cinematic platformer. Much of the gameplay is reminiscent of the first game, focusing on precise jumping puzzles, swordfighting, and overcoming many hazards in order to stay alive. Swordfighting is more prominent and features situations where several enemies attack the Prince at once. Reinforcements may arrive after the Prince has eliminated all visible enemies. Like its predecessor, the game must be completed within a time limit.

Prince of Persia 2 - The Shadow & The Flame - Gameplay - snes