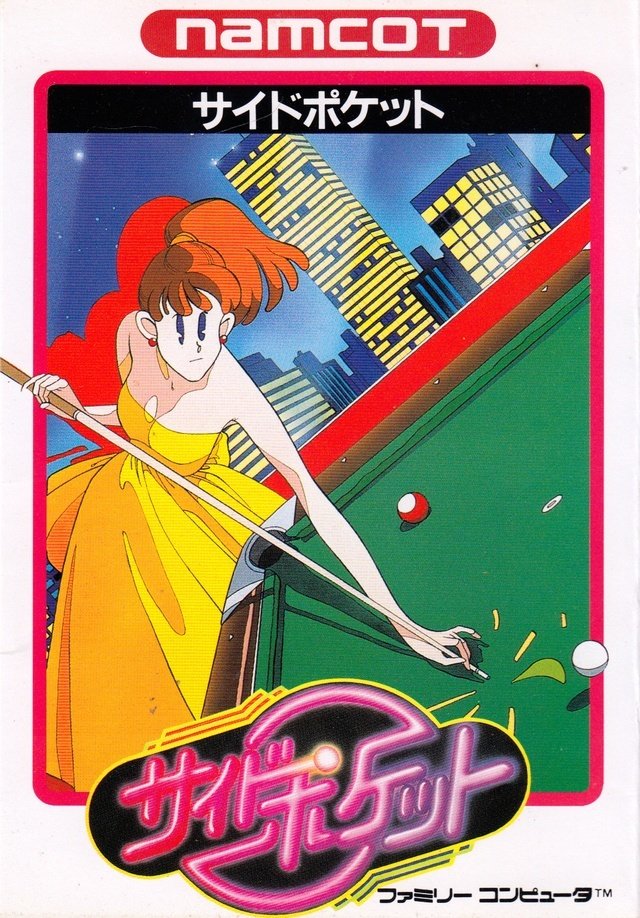 By Tanuki78 : October 18
The main objective is to sink balls in each level and reach the predetermined scores to go ahead. But remember: you'll have only several "lives" and every error can be lethal. After each stage completed (and some luck), a bonus stage will appear, as well as the chance to earn extra balls. You will only need a good target in the parquet block!

Basic version differences:
The original Arcade version is a pool game where the player competes against the timer trying to get all balls in pockets and earn points.
The later NES release introduces modes for 2 players with two variants: 2P Pocket Game (the traditional mode) and 2P 9-Ball Game, where the premise is to sink 9 balls before the other player makes them first, training mode and single-player Pocket game. In 1P Pocket game the player needs to clear four levels with alternating ball layouts (i.e. reaching a predetermined number of points by sinking consecutive shots and sinking balls in numerical order), starting from City class and all the way to the World Class. Starting from State class, the player needs to perform a special trick after beating a level, and if they fail, the level restarts with a different ball layout.
Game Boy version is a completely redrawn game featuring 1 or 2 players actions with two game modes: 9-ball and Pocket. The Pocket mode is generally similar to NES version.
Genesis and SNES versions feature improved graphics and sound. Pocket game mode is reworked to include more stages and trick shot layouts. Also in this mode the player travels to different cities in the U.S.A. and claims championship there. New modes are Trick game and Jukebox. Game Gear version of Side Pocket is basically a toned-down Genesis version.
Side Pocket for Wonder Swan features one and two-player play on a single device. In the single-player mode the player chooses an avatar from a menu and needs to beat the remaining opponents. The player and CPU then take turns in hitting the ball.