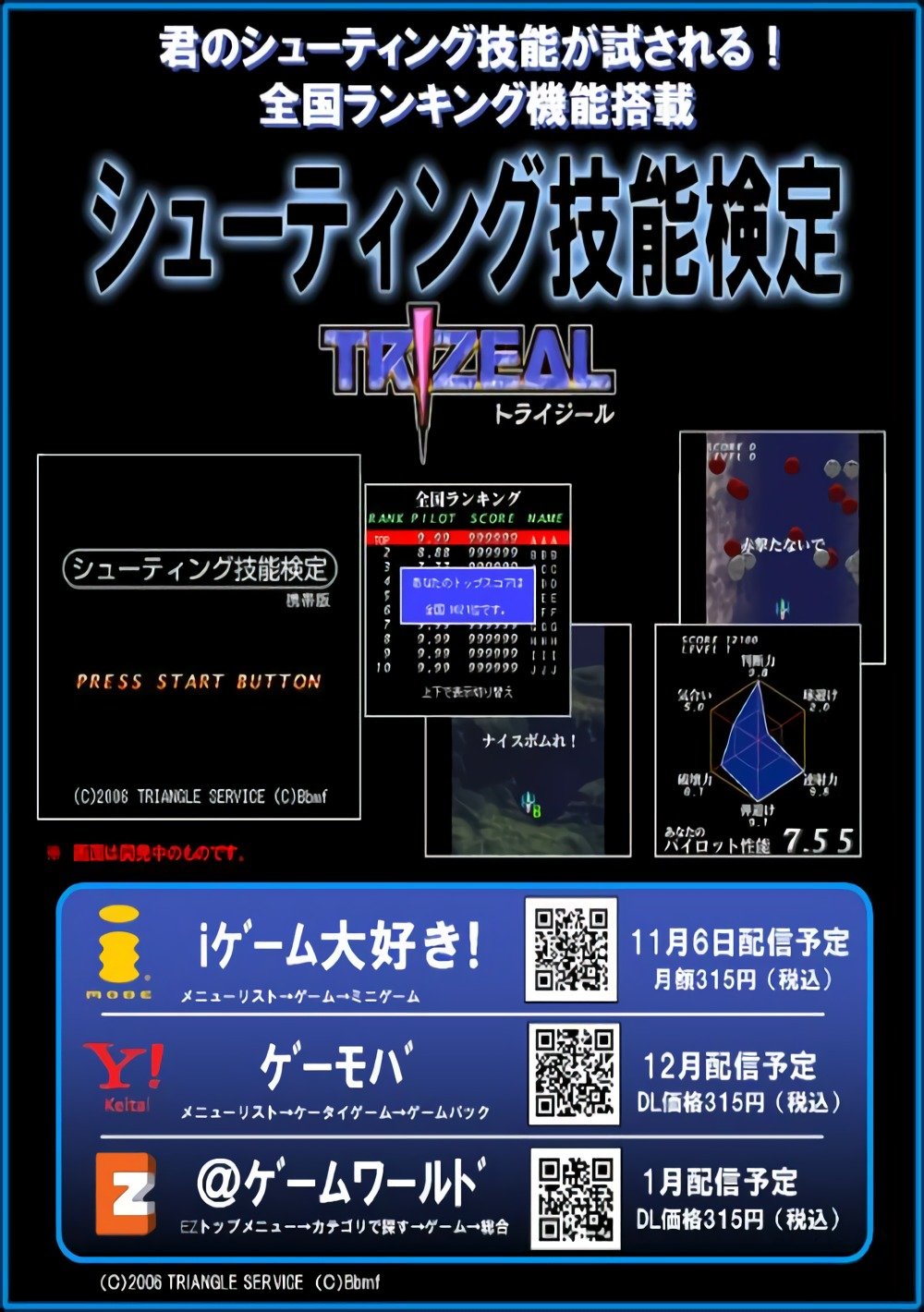 By GambierBae : May 21
Shooting Love. 2007 is a compilation of Shoot 'em up games developed by Triangle Service, which are Exzeal and Shmups Skill Test.

-Exzeal follows the similar formula to Trizeal in which players progress through the stages and destroy the bosses respectively. However, the weapon power-up system from Trizeal was removed, replaced by the special fixed-weapon system, with a standard attack and a charged attack that can destroy single large enemies once. The player can choose from one of the four weapon sets during the start, with one mimicking the attack pattern of XII Stag.