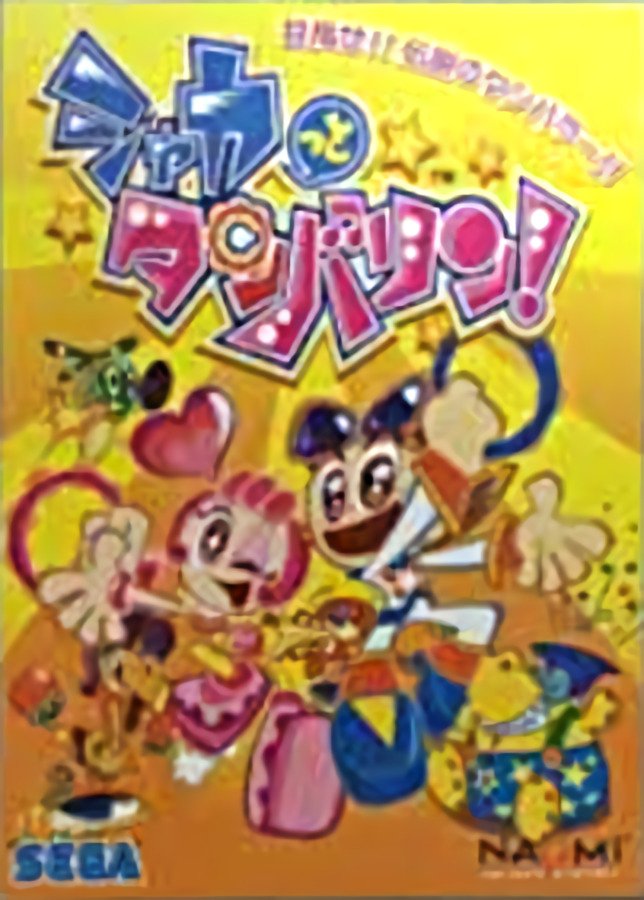 By GambierBae : February 9
Shakatto Tambourine! is a Sega NAOMI arcade game released exclusively in Japan in 2000. It is very similar in nature to Samba de Amigo, but rather than rely on maracas, the game uses tambourines.