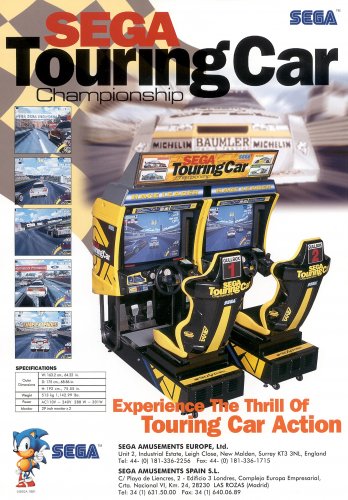 Sega Touring Car Championship is a racing game housed in a sit-down cabinet with speakers installed on either side of the player's head and a subwoofer under the seat.

Sega Touring Car Championship offers three "rounds" (plus a qualifying lap), in which the player competes against seven other cars for first place. The game features, by default, four touring cars, three used in the 1995 Deutsche Tourenwagen Meisterschaft and a Toyota from the Japanese Grand Touring Championship (now Super GT).