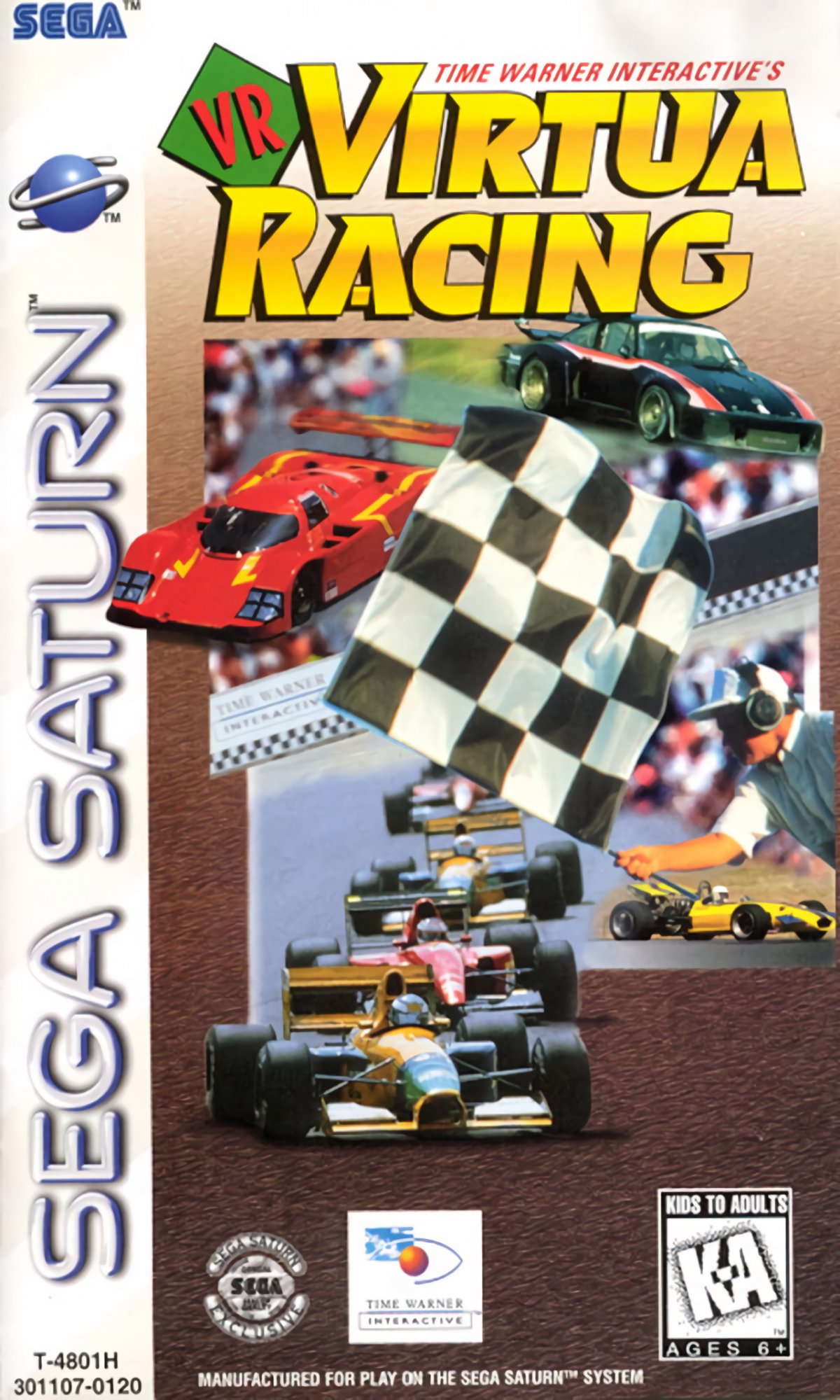 By GambierBae : May 9, 2021
You've fondled the box. You've studied the screen shots. You've even read the captions... You know about the 10 different tracks (seven more created just for Saturn drivers!). The new vehicles (yes, a Go-Kart). Grand Prix Mode (15 teams to face, five cars to race - better practice). Next generation cinematics (you definitely won't find this anywhere else!). Split-screen mode (yeeeehawww!!!)... Guess all that's left to do is buckle up and see how Saturn's twin 32-bit RISC engines perform over 300mph!

Virtua Racing is a polygon-based racing game in which you must beat an opponent, who is either human or computer controlled. In the conversion to the Saturn, many new features were added:

-7 new tracks, which brings the total number of tracks in the game to 10.
-4 new cars, which brings the total number of cars in the game to 5. The new cars are a go-kart, a Porsche 911, an F-160 racer, and a GTP-class car.
-A new Grand Prix mode. The Grand Prix mode is a career simulation. You must work your way up from one class of vehicle to next be accumulating points in a series of races.