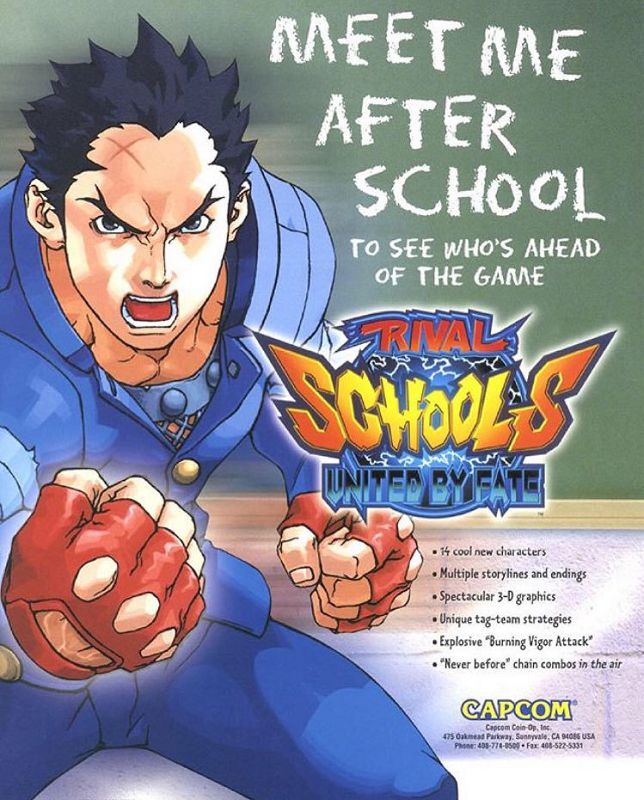 What do you get when you cross Street Fighter with a bunch of school kids? You get another classic Capcom beat 'em up.

Featuring plenty of new faces, and heaps of new moves to work with, this is a full conversion of the arcade game, with the added bonus of a second disk. In this second disk, you get new modes including Lesson (teach yourself new moves), Group (select two to four characters for a group battle), League (choose two to six characters and then fight in a league battle), Tournament (tournament battle with up to eight characters), Cooperate (four-player simultaneous player), one-player game, and a specialized versus mode.