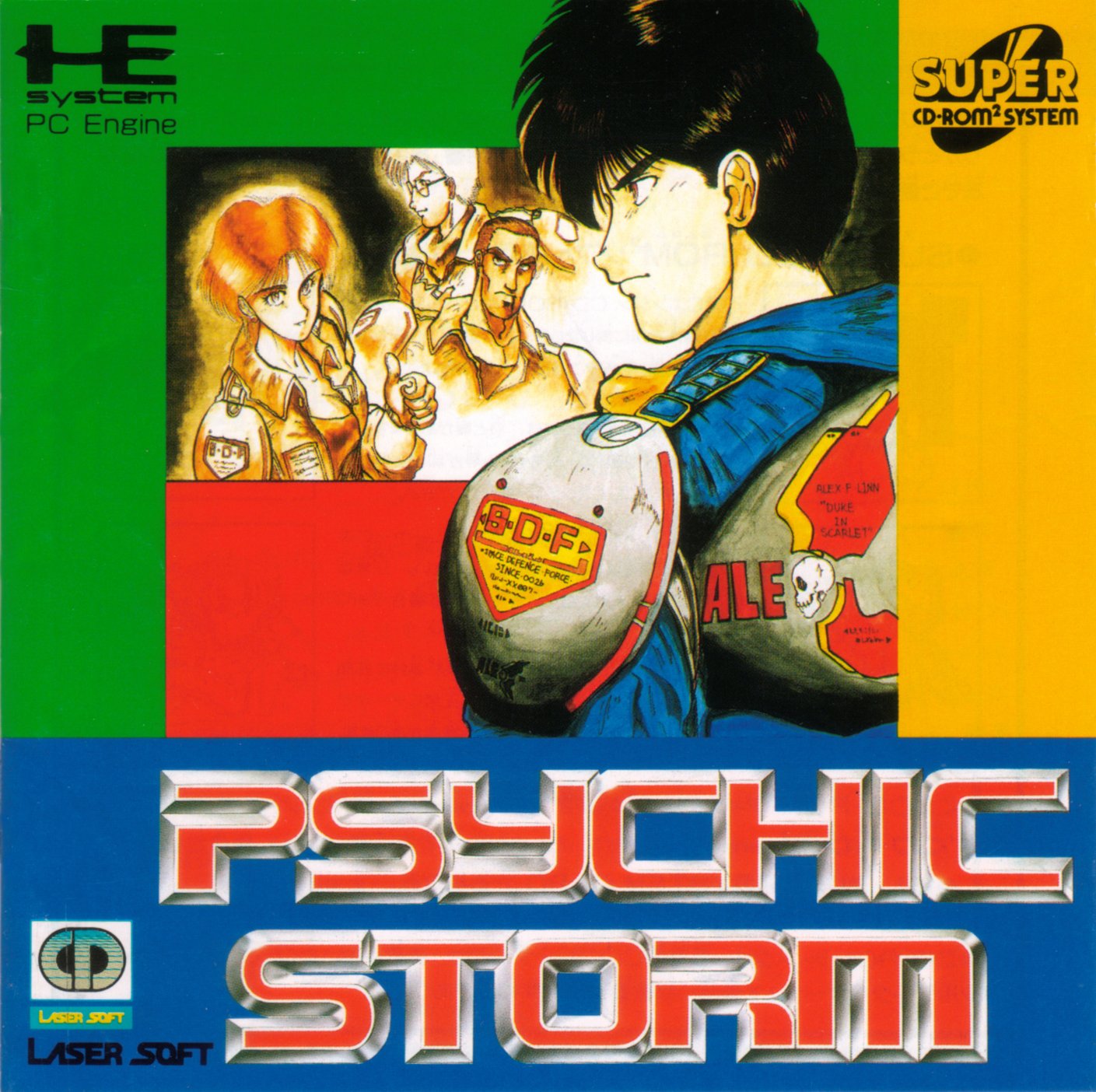 Psychic Storm is a vertically scrolling shoot-em-up in which the player takes the role of four characters who must protect Neo Hong Kong City from an assault by vicious insectoid aliens. The player can select any of the four characters before each stage. The characters are distinguished by the unique attacks of their ships: Alex uses a vulcan gun, Charr has short-ranged "psychic" beam, Joe has a slow, yet powerful Hell Flame attack, and Nastasia uses ion laser. Each character can also acquire additional weapons by picking regular power-ups.

The game's stand-out feature, however, is its transformation mode. Each of the characters can transform to a larger and much more powerful biomechanical insect-like ship. The transformation can be performed at any time as long as the correspondent bar, which refills itself over the time, is not empty. The bar is reduced rapidly when the character is transformed; special power-ups can be collected from vanquished enemies to extend it temporarily, but once it is depleted the character transforms back to his or her normal form.