Who Wants to Be a Millionaire: Junior 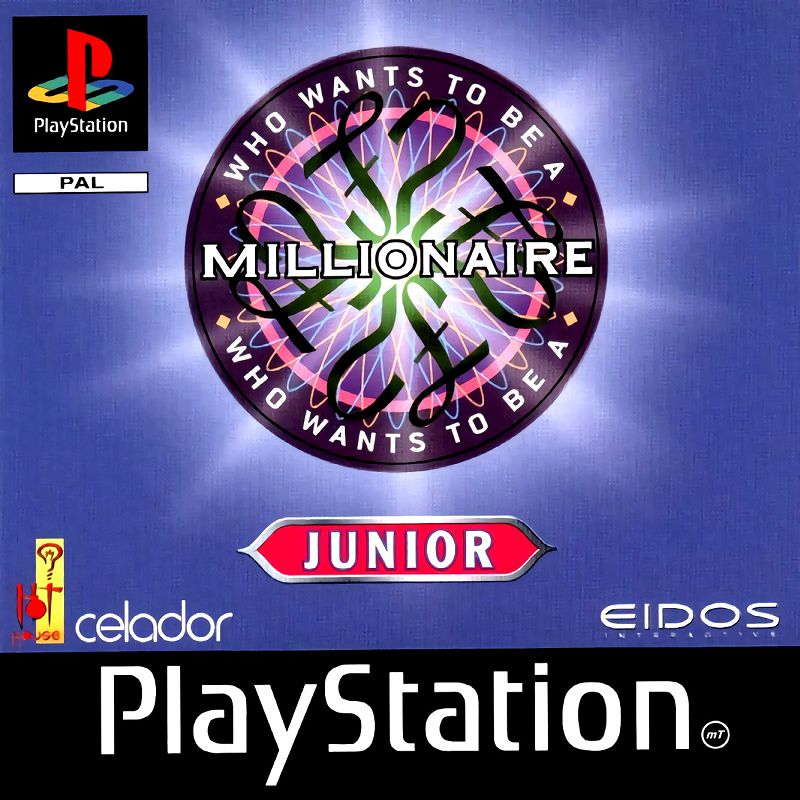 By TompouceGabriel : April 5, 2018
Finally what all junior Who Wants To Be A Millionaire? fans have been waiting for! Relive the excitement and tension of the hit TV quiz show, in this junior edition of the best selling Who Wants To Be A Millionaire? computer game. With Chris Tarrant as the host and specially written questions for a younger audience, it's sure to be a huge hit with the whole family.

Taking the simple yet effective formula of the Who Wants To Be A Millionaire hit TV show and turning it into a computer game has already yielded Eidos a major success. And with the PlayStation version of Who Wants to be a Millionaire--Junior Edition, a game that does precisely what it says on the box, that success is set to continue.

The game closely follows the formula of the TV series as you battle through 15 questions on the way to the jackpot. Throw in three lifelines, Chris Tarrant voiceovers and the familiar graphics and music and the only major difference is the lack of cash at the end of it all. Up to four players can play, either joining forces or going against each other, although the junior target audience of this release does mean that the questions are easier than before (although by no means a walkover). And by not dressing the game up in fancy gimmicks purely because of the younger target market, the game offers wholesome family entertainment that involves the youngsters without alienating the older generation.

Features:
- Includes all the familiar features of the TV show
- Features over 1000 exclusive questions, specially written for those under 15
- Compete in a virtual studio
- Fastest Finger challenge - be the first to answer and win a virtual million
- Compete against your friends, either Head-to-Head or in teams
- Original theme music and the voice of Chris Tarrant