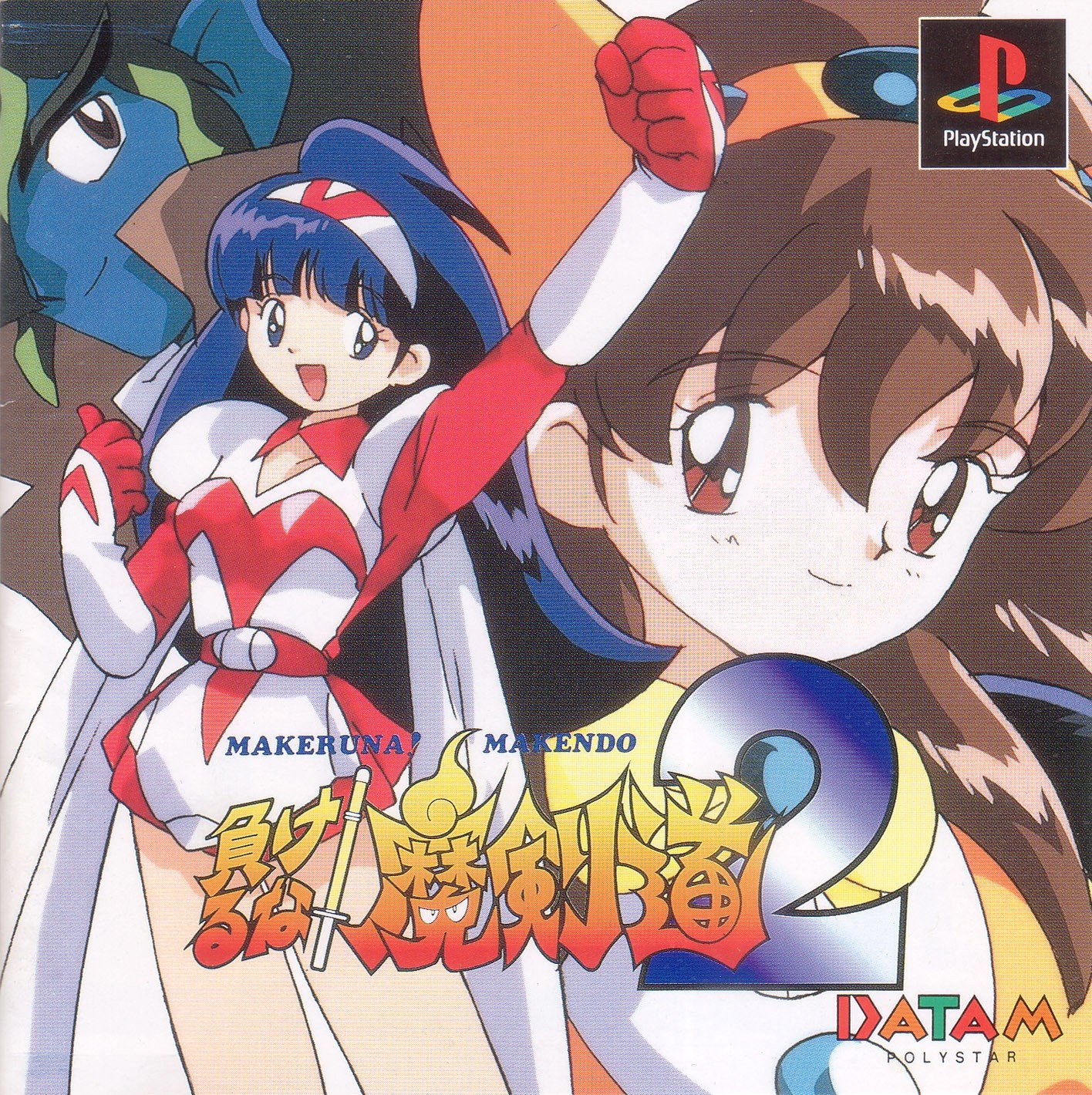 By Valek : November 20, 2021
The Ghost Prime Minister is holding a fighting tournament, and 14-year-old Hikari Tsurugino, the second Mighty Makendo, must face off against all sort of strange apparitions. Characters from the first game make appearances, including Mai Tsurugino, Hikari's sister and the first Mighty Makendo.

Makeruna! Makendō 2 is a comical VS fighting game with an eclectic cast of characters including a soccer player, a zombie, a musclebound mer-man, and a giant robot. Bouts are best two-out-of-three, and each character has both a life bar and a "Makendo" meter, which lets each character perform a variety of special attacks. The game includes a story mode and a 2-player versus mode.