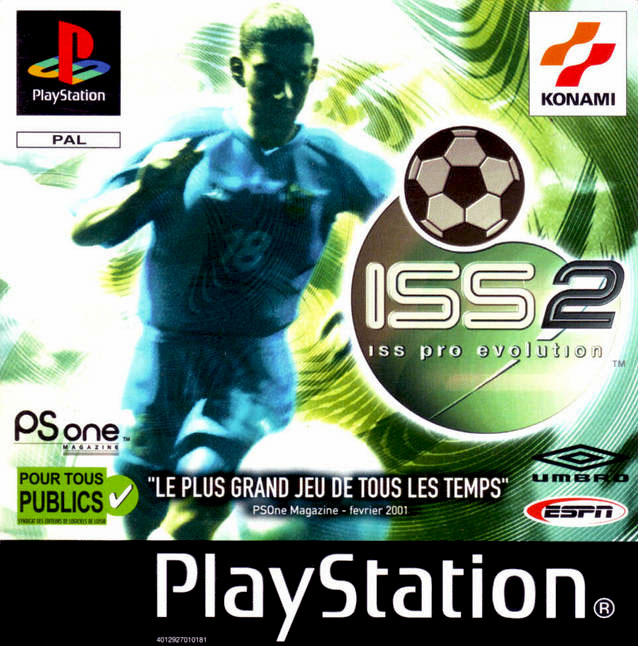 The second installment of the ISS Pro Evolution series, and the first ISS Pro game with a proper license (some players now have real names, like Beckham instead of Deckham). The game has an extended Master League, with two divisions and more clubs, as well as more international teams. Gameplay has also been changed to be smoother and more realistic.