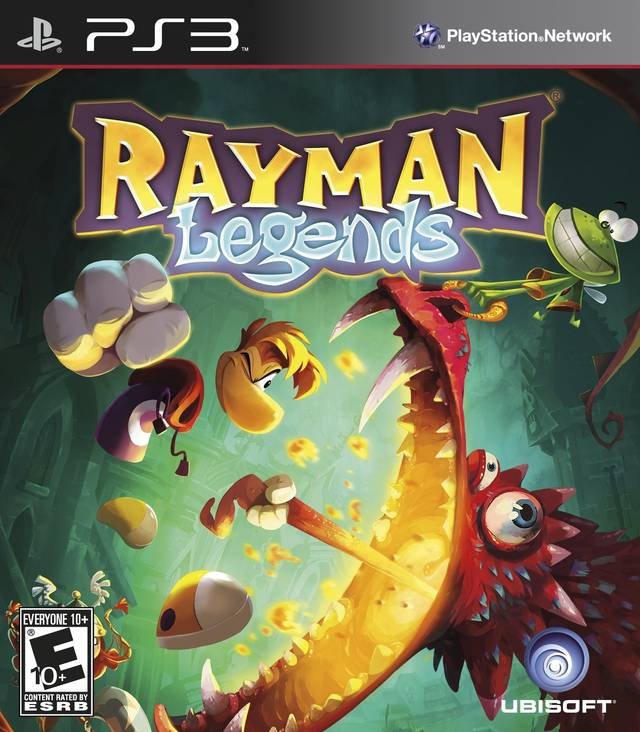 Rayman Legends is a 2D platform game and a sequel to Rayman Origins. After the events of the previous game Rayman, Globox, and the Teensies went to a century-long sleep. During that time new nightmares have appeared in the world and the Magician (who was defeated in Rayman Origins) has been split into five dark teensies. These nightmares and dark teensies have captured the princesses of the land (including a new playable character Barbara) and other teensies. Naturally, Rayman and his friends are awoken once again to right the wrongs.

Rayman Legends retains the graphical style and most gameplay elements of Rayman Origins. Up to four players can simultaneously progress through side-scrolling levels defeating enemies and collecting Lums. On each level, there is a number of teensies to rescue and that opens up new levels and worlds. All the powers from the previous game (wall-running, air gliding, etc.) are available to the characters from the start, but some new gimmicks are added, for example, the ability to fire projectiles on some levels. Murfy the greenbottle appears on some levels to aid the players. With a press of a button, he operates machinery, pokes bigger enemies, and opens up passages for the characters. In some versions of the game, the fifth player can control Murphy's movement.

The game includes regular side-scrolling levels, "invaded" versions of levels that need to be completed as quickly as possible and rhythm-based levels with a soundtrack consisting of humorous covers of popular songs. In addition, forty remastered levels from Rayman Origins can be unlocked by collecting Lucky tickets. The game offers daily and weekly challenges and a local multiplayer soccer mini-game titled Kung Foot.