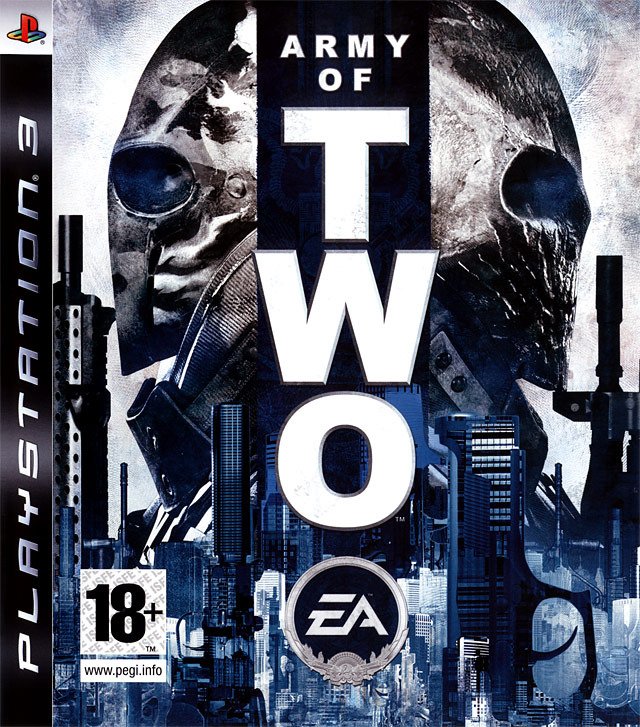 By RomStation : November 11
Tyson Rios and Elliot Salem are two ex Army Rangers turned contractors for SSC, a Private Military Corporation. They embark on missions ranging from the caves of Afghanistan all the way to abandoned villages of China. Mission after mission, they realize that the wonderful life of a PMC at SSC might not be as clean as they thought it was is.

Army of Two focuses on gameplay centered around cooperative two man missions and customizable weapons. The arsenal includes pistols, shotguns, submachine guns, rocket launchers, light machine guns, sniper rifles, grenade launchers and assault rifles. Players are able to modify these with extra magazines and new barrels, suppressors, grip handles and different plates that only change the look. The player fights alongside either a live or AI team mate using two man strategies as the deadliest military outfit a government can buy. Players can lift each other up ledges, heal, cover each other's backs, combine driving a vehicle and shooting, feign death, swap weapons, protect each other with shields, perform dual parachute jumps and go "aggro" to attack the enemy's attention.

The multiplayer mode is available for four players, operating in two teams based on the co-op structure of the single-player game. Players need to complete objectives divided over three modes - Warzone, Bounties and Extraction - while dealing with the opposing team at the same time.