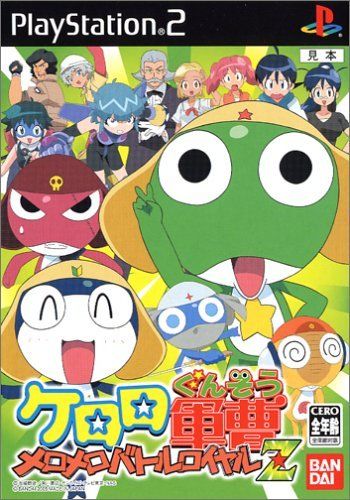 Keroro is a plucky little green, frog-like alien who claims to be leading an invasion of Earth... but after his platoon is caught by Fuyuki and Natsumi Hinata -- a young brother and sister -- while hiding in their house, they are abandoned by their home planet, and take up residence with the Hinata family. Keroro insists he is still trying to conquer the planet, but seems more interested in building Gundam models than world domination, and fails miserably with every attempt.