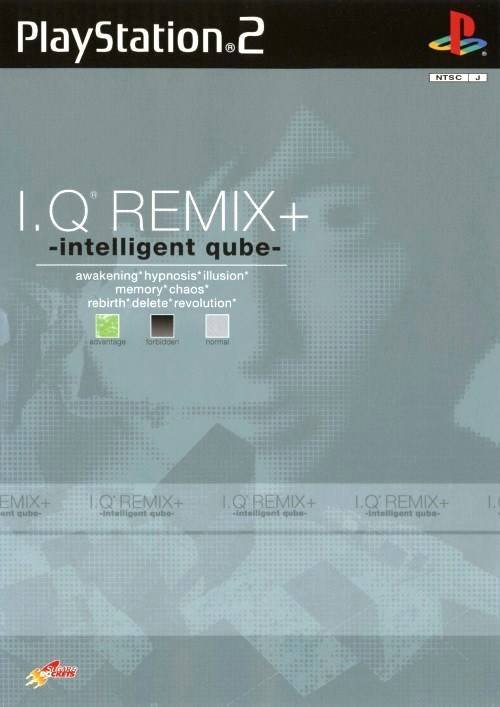 By Valek : May 7
I.Q. Remix+ is an enhanced version of the PlayStation game Intelligent Qube. Gameplay is essentially the same: blocks of qubes roll toward the player, who must mark squares on a grid to destroy them. There are also green advantage qubes which can be used to zap a 3x3 block all at once and black forbidden qubes which the player is not allowed to destroy.

The game contains unique features such as psychedelic background effects to distract the player (the original I.Q had a stark black backdrop), an electronic-themed soundtrack, and two-player simultaneous play.