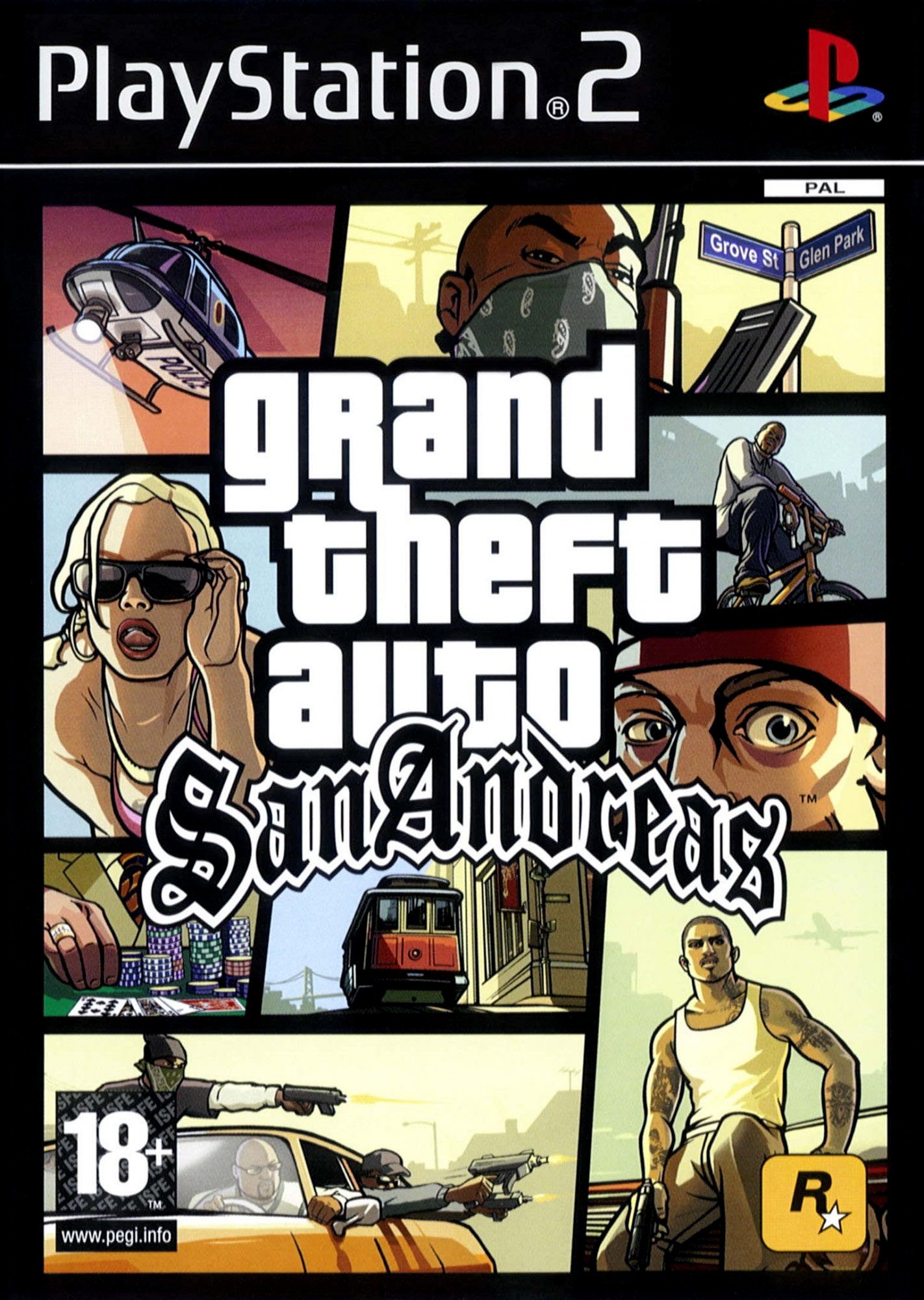 The events of the game take place in the early 1990's. The player takes control of Carl Johnson (C.J.), who had moved to Liberty City in order to distance itself from his past as a member of a gang in his home city, San Andreas. But the past catches up with him in a way he had not imagined: he finds out that his mother was killed by a rival gang. He goes back to San Andreas to attend her funeral. Realizing how corrupted local police is, seeing how his relatives and friends need him, determined to avenge his mother's death, C. J. has no other choice but revert to his old ways.

Grand Theft Auto: San Andreas is the fifth game in the GTA series. The basic premise remains the same: roam the "sandbox" environments, hijack cars, and complete missions to advance the story. The game's world is significantly larger than in its two immediate predecessors, encompassing three cities and a vast countryside between them, with smaller towns, mountains, rivers, and other places of interest. The interactivity with the environment is enhanced, since the player character can now swim and dive, being able to access every corner of the game world.

The missions vary in structure and gameplay, including chases, races, longer and more intense third-person shooter sequences, as well as a wide variety of vehicles to navigate, which range from different new types of cars (such as lowriders), bicycles, motorcycles, to boats, helicopters, planes, trains, and exotic devices such as monster trucks and jetpacks. Some of the missions involve recruiting gang members and attacking turfs belonging to rival gangs.

As in the previous games, there are many activities to perform outside of the missions. Working as a taxi driver, taking part in races, delivering sick people to hospital, etc., return from the preceding games in the series. San Andreas adds many new activities of its own, some of them with a role-playing flavor. C.J. can go to gym and work out, increasing his stamina. From time to time he has to eat - though overeating will make him look fatter. He is also able to have romantic relationships with certain female characters, asking them out on a dinner, giving them presents, etc.