Professional Bull Riders: Out of the Chute 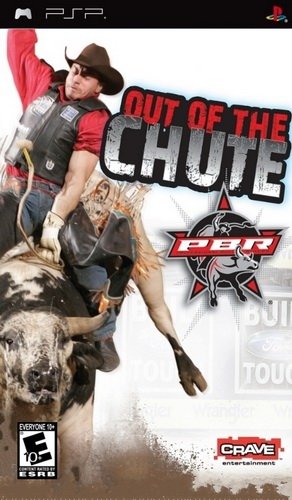 By Nanoman6666 : March 26
PBR: Out of the Chute gives players the opportunity to experience PBR (Professional Bull Riders) either through the eyes of the riders themselves or even the bulls (24 total, 12 of each), each with their own strengths and weaknesses as well as signature moves. The goal for the riders is to stay on for a full eight seconds while the bull's is to buck off the rider as fast as possible.

The modes consists of a quick ride as either a rider or a bull or a tutorial that the player can learn the controls of the two. There is also an unlimited mode where players can battle a bull without the eight second rule and see how long they can stay on. There is also a season mode where the player can either use a rider or a bull in a ten city schedule (Dallas, Anaheim, Atlanta, Uncasville, Albuquerque, Tacoma, New York, New Orleans, Tulsa and Las Vegas) in an attempt to win the championship or the award for Bull of the Year with each event lasting three rounds.

The controls consist of using the the Left Analog stick for the rider and the bull, either to lean in a certain direction to keep from being thrown or for the bull, to buck and spin in an attempt to throw off the rider with the Right Analog stick only used to run in any direction for the bull. The shoulder buttons are also used, the L1 and R1 is used for the rider to tighten their grip on the bull to keep from being thrown off, however these are only present in the medium and hard modes. Likewise, the L2 and R2 are used for both the bull and rider and for their signature modes. The X button is also used for the rider to dismount the bull, hitting it again while in air to land on their feet will give the player bonus points, also the X button can also be used during the ride to spur on the bull, resulting in bonus points as well. Additionally, the bull can receive bonus points by breaking cameras and signs scattered around the side of the pen.

There are two different meters with the same purpose, the rider has a health meter which can be lowered, the lower it is the more likely the player will be thrown off. Additionally, if a rider is injured in a ride, their health will be depleted slightly for the next round. A rage meter is used for the bull, the higher the meter the more likely they can buck off a rider, but the lower it is the more the rider has a chance to complete the ride.

There are also power-ups that can be obtained through the season mode (however only in the medium and hard difficulty levels) that are obtained for scoring a certain sets of points for a round. For the rider a spur is obtained and can be used to slow down the bull while the bull receives a set of horns that speeds up the bull and increases the chances of throwing off a rider. These power-ups are activated by pressing and holding the Down button on the D-pad for a second.

There is also multiplayer capabilities where two friends can battle head-to-head, one as the rider and the other as the bull. Players can also unlock videos of actual PBR action by completing certain objectives throughout the game.