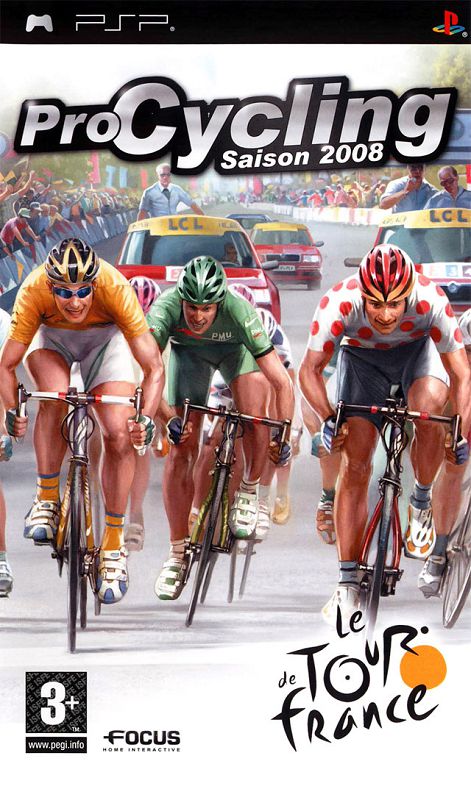 In the game you take on the role of the manager of a cycling team and you have to push them to the top. The game features an official license and thus comes with real bikers and the Official Tour de France cycling event (of the year 2008). There's 18 official teams that can be managed.

As manager of a team you can influence the strategy of the team and individual players, shop for equipment, train your riders, and manage contracts. In the career mode you need to put the right riders in the team at the right tours. Each of the 120 stages is presented in full real time 3D and you can make adjustments to your racers strategies on the fly.

This handheld version allows multiplayer matches with other players through the PSP's Wifi capabilities.

New game modes include elimination and cycle speedway. It is also possible to participate in Keirin track racing.