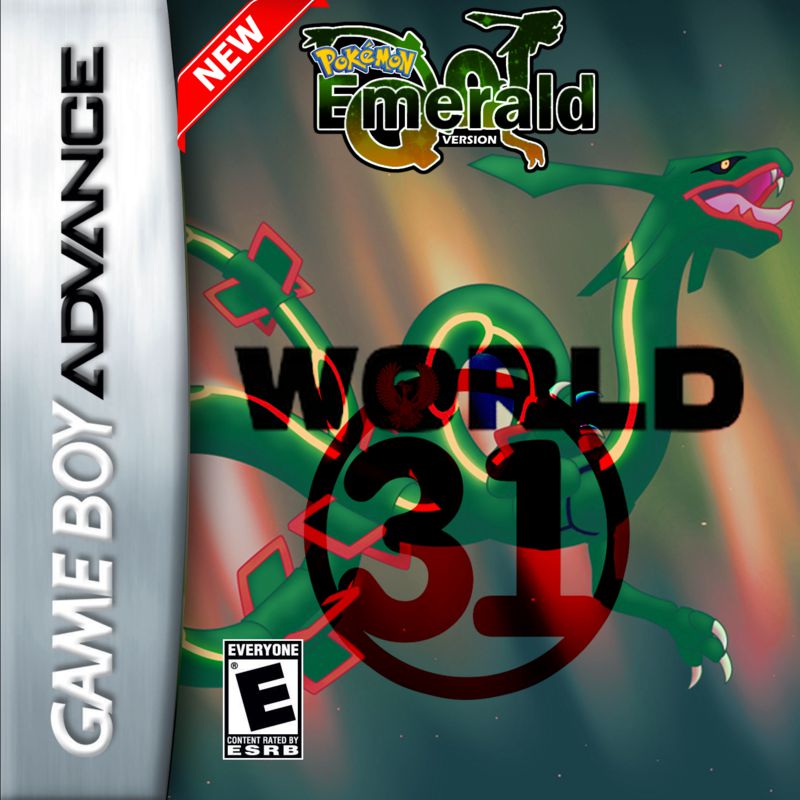 Synopsis:
It's time to go on an adventure in the Hoenn region. Catch many Pokémon, defeat many trainers to become the future Master of the Pokémon League.
Your adventure will be hectic with the collaboration of 3 great teams, becoming the terrible Team Rock-X, whose goal is the control of the World thanks to the awakening and control of the 3 Legendary Pokémon: GROUDON, KYOGRE and RAYQUAZA.
The fate of the Planet is in your hands!


In the Pokémon timeline, it is part of "World 31" (World 1 being the original).
The game completes its Pokédex only with another NEW Emerald - World 31 version.

Note: The base of the game was the original ROM, but it has a problem with the screams!

With VisualBoyAvance, if your game freezes on a blank screen at startup or you can't save from the game, go to 'Options>Emulator>Save Type' and select Flash 128K instead of Flash 64K.