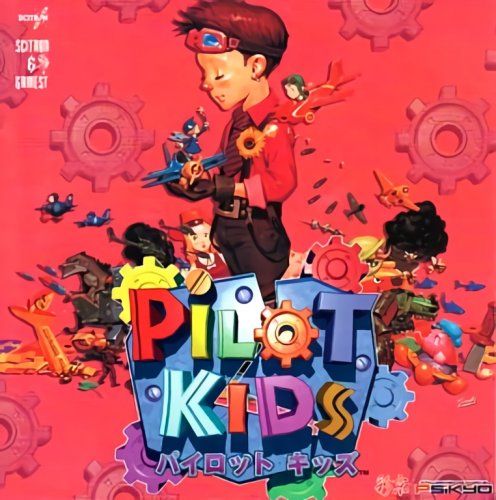 By GambierBae : February 7
Pilot Kids is a Shoot'em up, developed and published by Psikyo, which was released in Japan in 1999.

It's a horizontal shooter, about two kids who get shrunk down, and fly toy planes to fight off all the other toys, insects and other assorted household objects that have come to life in a hostile manner. The players have two weapons at their disposal: a normal machine gun and lock-on homing missiles. The machine gun is almost useless as an offensive weapon, though it does have the useful property of being able to destroy the orange bullets the enemies fire (which, for the first few stages, is all they fire. Towards the end of stage 4, indestructable blue bullets will also find their way into the enemy's patterns). The missiles, then, are your main method of attack, and they're slightly more complicated than most hoing weapons.