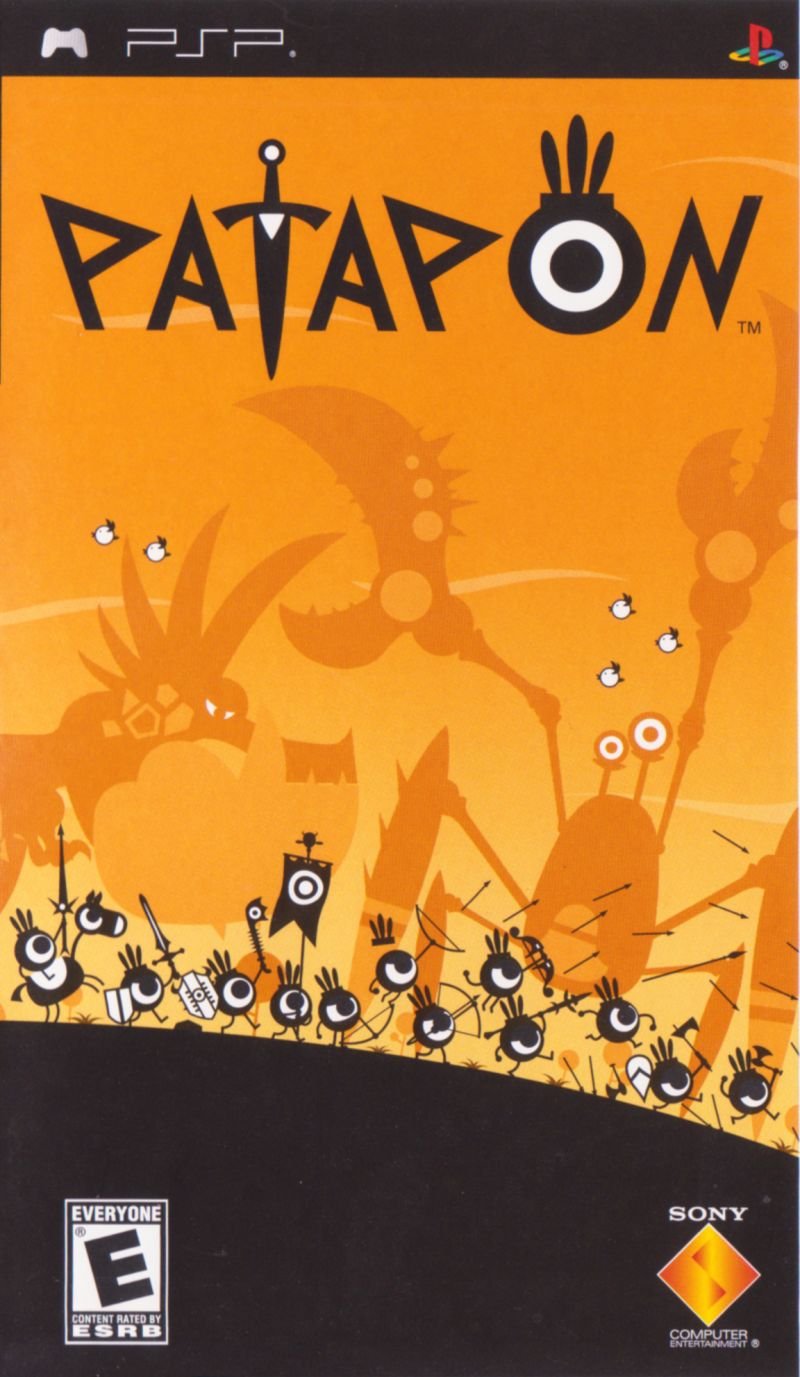 By GambierBae : April 20
The Patapon tribe were once an incredible force to be reckoned with, guided by their god, Almighty. No foe was too great, no treasure out of reach, as they searched for the fabled Earthend. However, these days are long gone, and the Patapons are now a shadow of their former selves. Take on the role of Almighty, and restore the Patapons to their former glory!

Patapon is a hybrid of a rhythm game such as PaRappa the Rapper and a strategy game with unit management such as Advance Wars. Players control 'Almighty', the Patapons' god, as they guide them in search of Earthend. This is done with the Circle, X, Square and Triangle buttons - each button corresponds with a different type of drum beat. By pressing different sets of four beats, the Patapons will repeat the beat, and then perform the action, such as advancing, retreating or attacking. If the player continues to perform beats without messing up, they enter 'Fever' Mode, which makes the Patapons perform their actions stronger and faster.

By collecting assorted items, such as meat and wood, and spending Ka-ching (the game's currency) players can create new Patapon units at the Tree of Life. These units can then be prepared for battle before the player enters a stage, to give them better armor, shields, and weapons, which will help them fight more effectively against their foes.