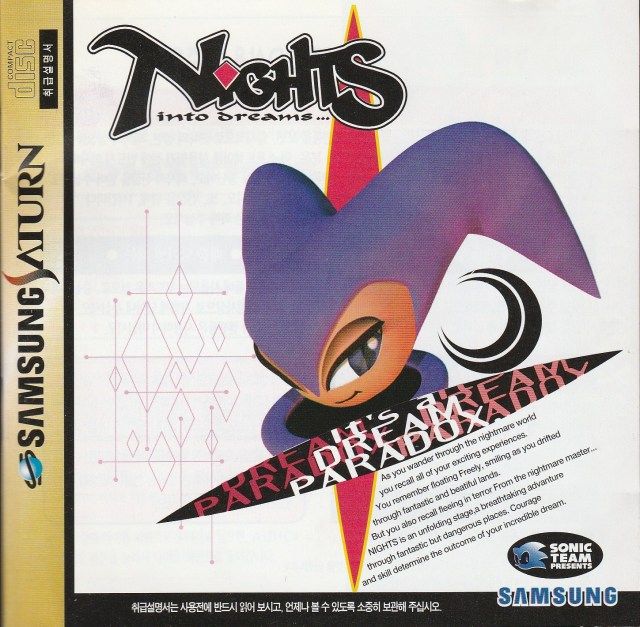 NiGHTS into Dreams is a video game developed by Sonic Team, and was originally released for the Sega Saturn in mid-1996. It was the first game to be produced by Sonic Team not feature Sonic the Hedgehog, and debuted with the 3D Control Pad, Sega's answer to the Nintendo 64's innovative controller.

NiGHTS is seen by many to be one of the strongest original titles for the system, with cutting edge visuals and surprisingly complex gameplay. In the western world, NiGHTS was used as a marketing ploy to allow the Saturn to compete against Super Mario 64 for the Nintendo 64, and other 3D titles for the Sony PlayStation in the 1996 winter holiday season. Today it is seen as a cult classic and one of the flagship products of Sega during the Saturn era.