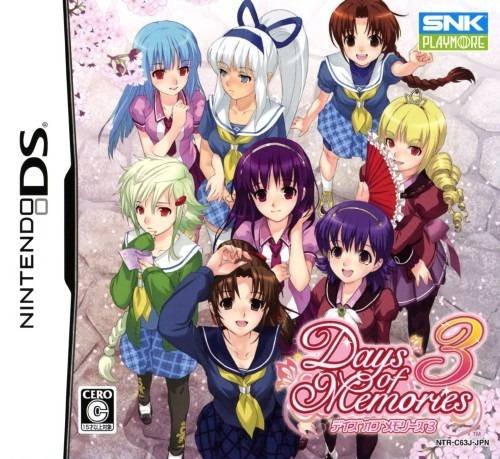 By GambierBae : June 27
Days of Memories 3 is an Adventure game, developed and published by SNK Playmore, which was released in Japan in 2009. The game is the third compilation for the DS, includes an original drama CD, a new character named Athena Hatsushiro, and a bonus scenario after all stories in the game have been cleared.