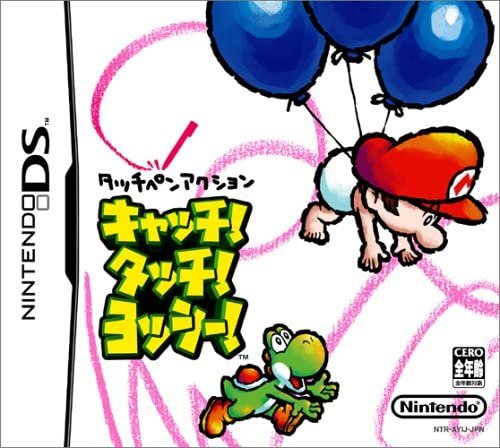 By Perichor : August 5
Yoshi Touch & Go is based on a tech demo that Nintendo showed at trade shows to demonstrate the technical abilities of the DS. Like in Super Mario World 2: Yoshi's Island, Yoshi is carrying Baby Mario on his back and is walking through the countryside. There are enemies, pits in the ground, and other obstacles you must circumnavigate. You do not control Yoshi; you must use the stylus to draw alternate paths (made of small clouds), kill enemies, and throw eggs for him. There is only one level, but it can be played as a Marathon game, Time Attack, Score Attack, and a couple other modes. You can also play against a friend in Versus mode.