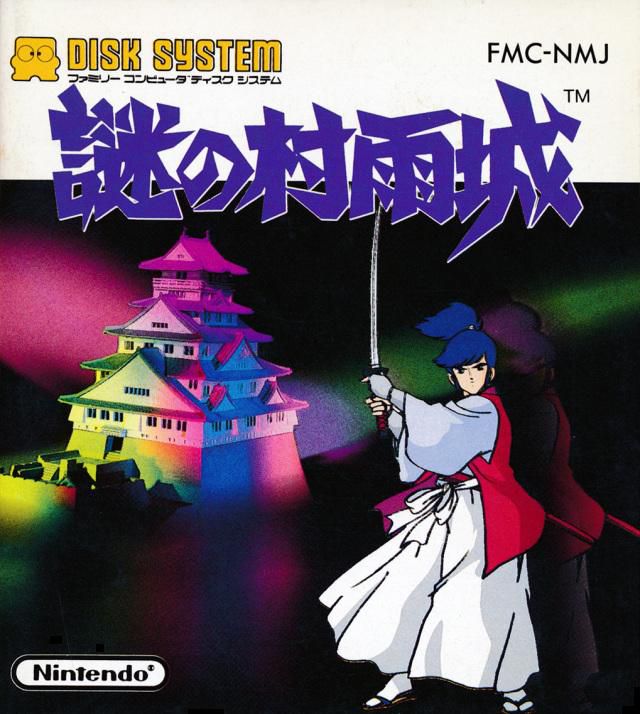 By BigBoss95 : September 10, 2019
In feudal Japan, an evil alien descends upon Murasame castle and takes over a giant statue, which then continues to spread its influence over four neighbouring castles. The samurai apprentice Takamaru is thus summoned to recapture the castles and then take on the alien itself.

Nazo no Murasame Jou (The Mysterious Murasame Castle) is a fast-paced Action/Adventure game that has some similarities with The Legend of Zelda, although it is faster and has none of the RPG/Adventure elements. It is also much more linear: You fight through the castles one after the other, with each stage consisting of the path to the castle and the castle itself, where the boss is waiting.

Your have two weapons: (unlimited) shurikens for ranged attacks and a sword for melee combat. The sword is automatically used when you are close enough to an enemy, and it can also be used to deflect enemy shurikens. But since you are constantly under attack by ninjas from all directions and also have only a limited time to finish each stage, the game is still quite hard.

Thanks to the team, Spinner 8 and Friends, for this translation.