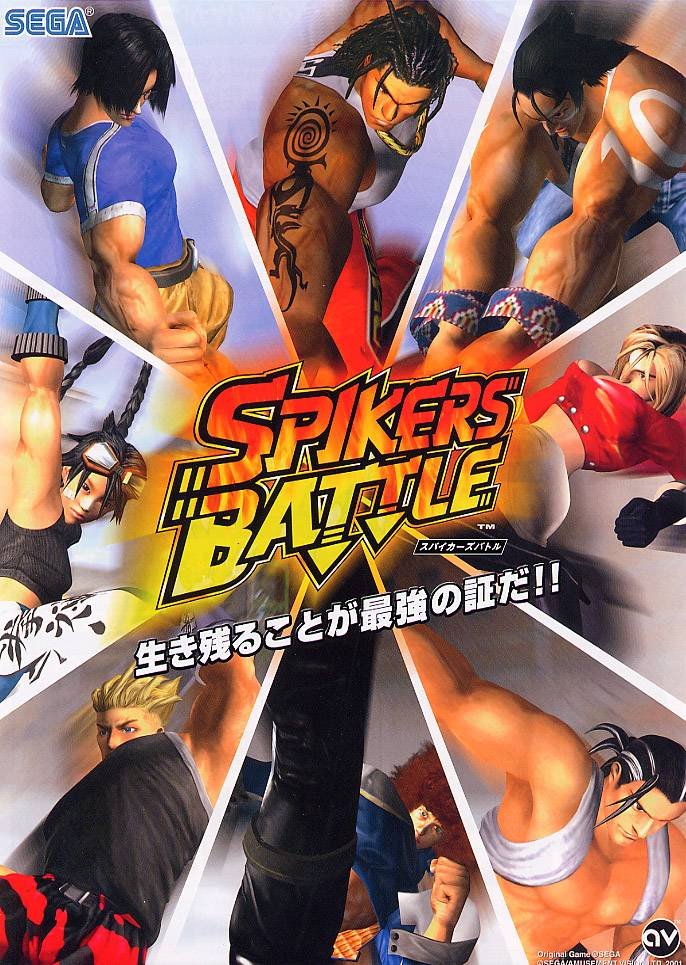 By GambierBae : February 8, 2021
Spikers Battle is a cross between a 3D beat 'em-up and versus fighting game. The game takes place in a urban setting and offers a total of eight playable characters. Returning characters from the earlier 1998 arcade game Spikeout are Spike, Linda, Tenshin and White. The new fighters are Albelto, Hikaru, Fengli and Gorn.

In the game you fight in several different arenas against three playable and/or non-playable characters in a best out of three round match. Aside from the kick and punch attacks weapons like a baseball bat, hammer and flame thrower can be picked up and used on the opponents. Beaten enemies sometimes drop boxes that replenish life.