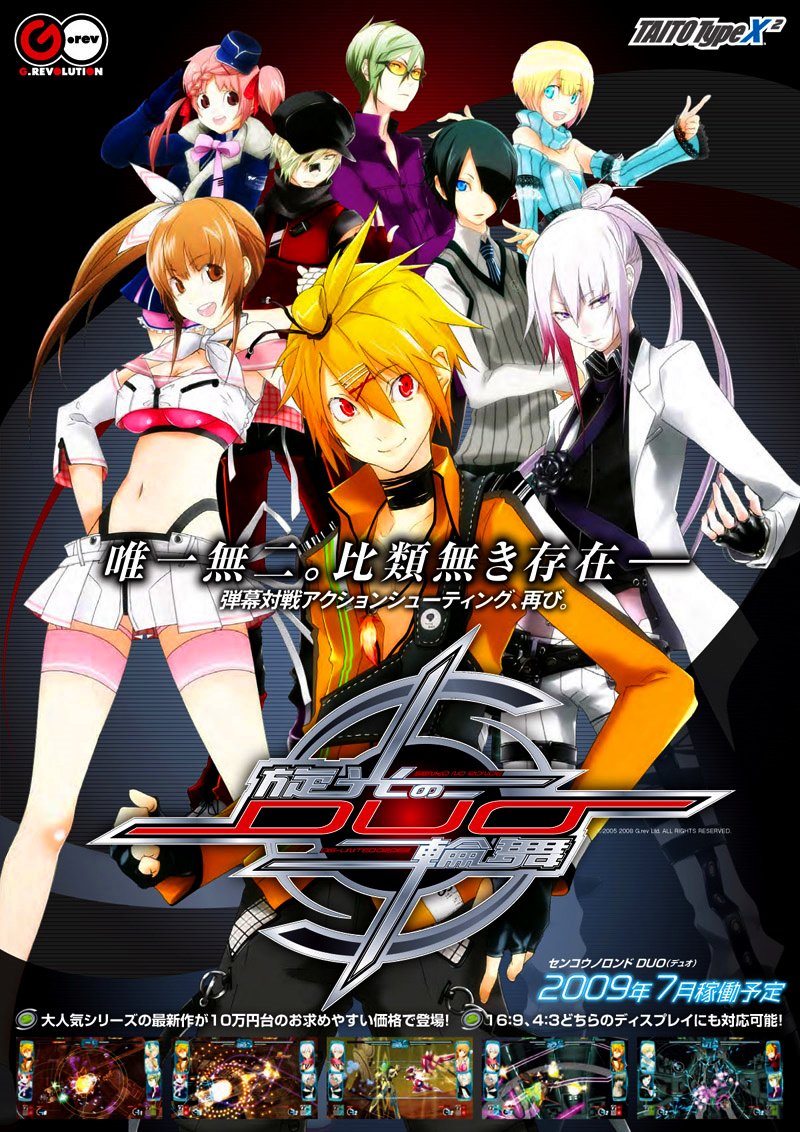 Senko no Ronde is a fighting game developed by G.Rev and published by Sega for the Sega NAOMI arcade system. The game borrows elements from shoot-'em-ups, with the two players fighting in vehicles, mainly using ranged attacks.

Senko no Ronde is an action game which resembles a mix of a arcade style shooter and a projectile-based fighting game like Psychic Force or Virtual On. Played from a top down point of view, two players (or one player against the computer) pilot a mech in an arena with the goal of destroying the other player. Each fighter has available a variety of attacks and defenses, including a main attack, a secondary attack, the B.O.S.S. attack, and defense barriers. The main attack also has several variations which can be utilized by firing and dashing or firing and blocking at the same time.

The B.O.S.S. mode attacks require the use of energy on the charge gauge; when activated your mech becomes much larger and can execute several powerful attacks (this resembles the end of level bosses seen in many shooters). When in B.O.S.S. mode the gauge will rapidly deplete and when gone your fighter returns to the normal configuration. The higher the charge gauge level when B.O.S.S. mode is activated the longer you will be able to remain in that mode.

Each mech also has available an anti-field defense available when defending from a B.O.S.S. attack; this also uses up energy on the charge gauge, but will destroy any bullets near your mech. When beginning the game you can select from a number of different characters, each with different abilities affecting the speed, firepower, and defense characteristics of the mech. Several game play modes are available, including a story mode, score mode, and multiplayer modes.