Lupin the 3rd: The Shooting 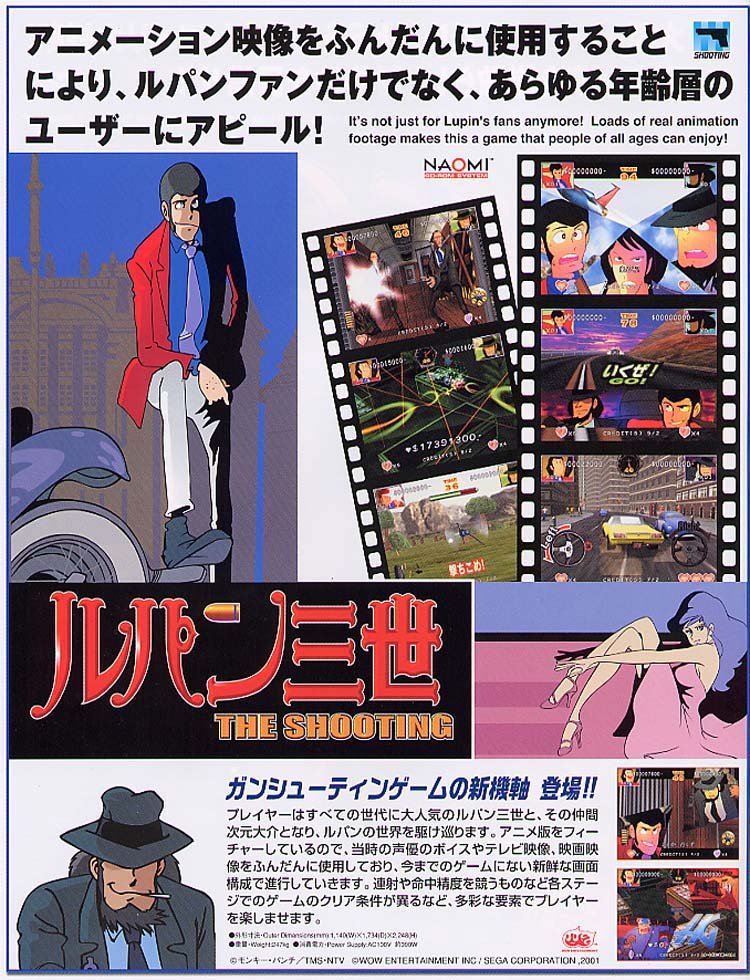 Lupin III: The Shooting is a Light Gun Shooter released in 2001 by Sega and developed by Wow Entertainment, exclusively for Japanese arcades. The game primarily revolves around the player traversing through levels inspired by scenarios from various episodes of the Red Jacket series and the feature-film, Mystery of Mamo.

Players take the role of Lupin III as they shoot through fifteen of The Wolf's wackiest endeavors. Driving scenarios where the player has to shoot left or right in order to control their vehicle appear as special levels. The game also offers a co-op mode where a second player can take up the role of Jigen and assist Lupin throughout the adventure.