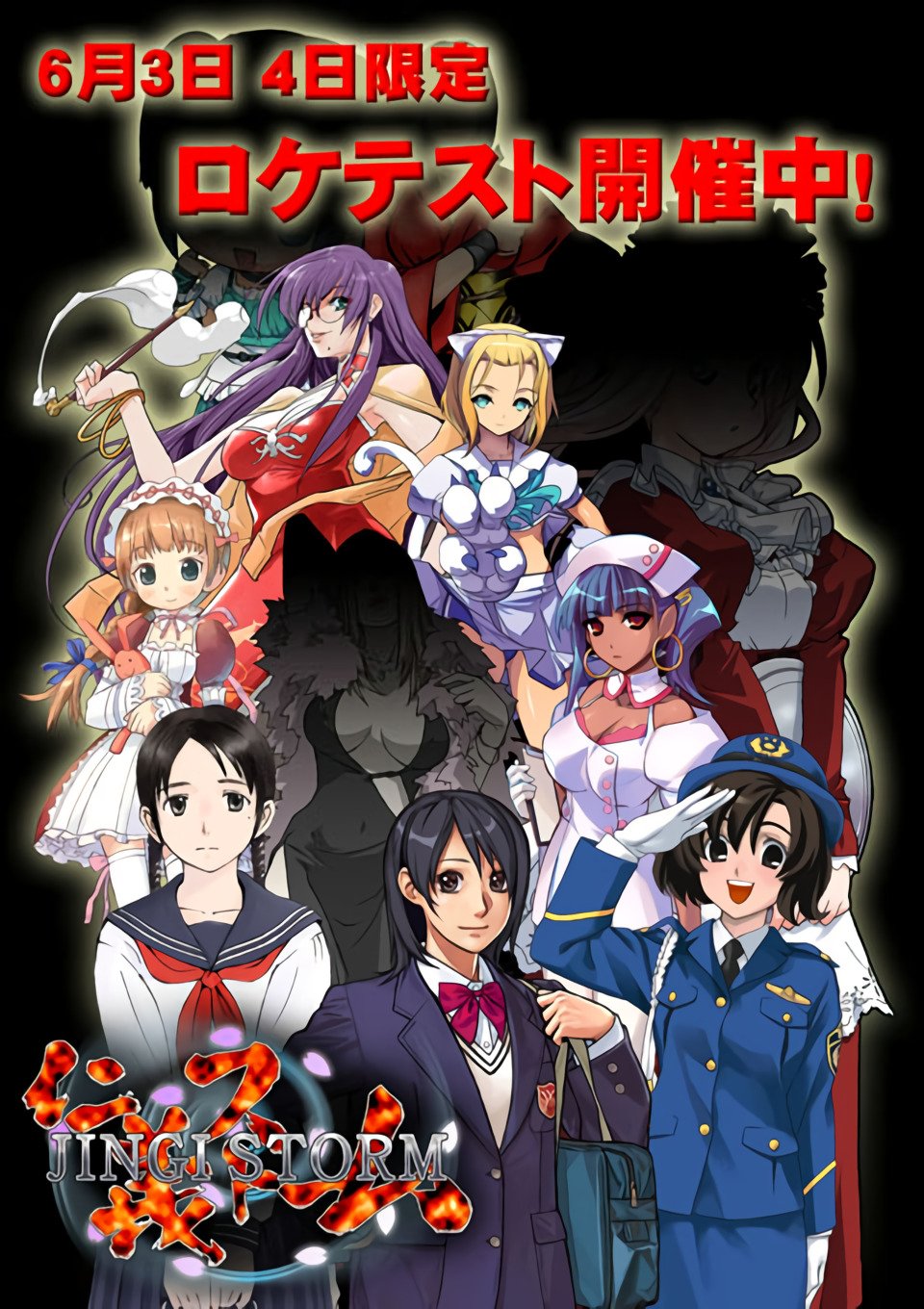 By GambierBae : February 8, 2021
Jingi Storm: The Arcade is a fighting game released for Sega NAOMI GD-ROM arcade hardware in 2006. Nine fighters face each other with female partners, whose only purpose is... be a trophy to the winner.