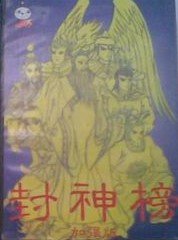 By Perichor : January 10
Myth Struggle (Fengshen bang) is a modification of Dragon Ball Z - Super Butoden 2 by Waixing, which was based on Feng Shen Bang (The Investiture of the Gods), a XVI century Chinese novel. The hack was produced without J.Y. Company's or Hummer Team's consent.

Like with DBZSB2, there are three modes and eight characters, with each of them to be fought in a random order, on specific background. While this hack features cutscenes not present in Hummer's original version, the gameplay itself remains unchanged both visually and mechanically, to the point where every fighter floats instead of walking. All the audiovisual assets, however, appear to be made by Waixing themselves.