Mushiking: The King of Beetles 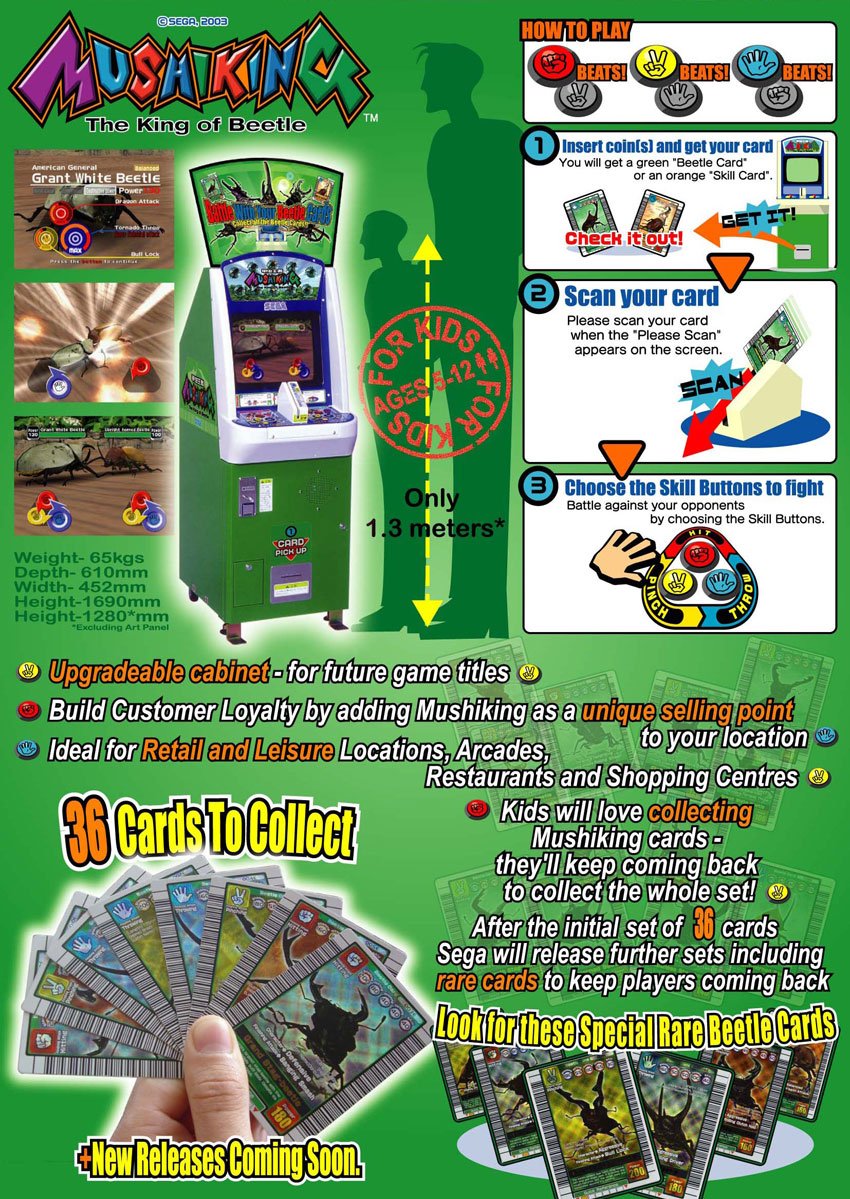 By GambierBae : June 11
A long time ago, there was a forest full of trees inhabited by insects and fairies. A fairy, named Popo, was a friend of the insects of the forest. He refers to the Japanese beetle as "Mushiking". One day, giant beetles from parts unknown arrived in the forest to wreak havoc, under the control of Adder, a wizard exiled from the forest who wishes to conquer it. Popo enlists the player's help to fight against Adder.

Mushiking is a rock-paper-scissors-style battle game that can be played by one player against CPU-controlled beetles, or with two or more players against each other in Tournament mode or Tag Battle mode. The game is played with cards representing beetles and skill cards related to three move types-- "Hitting", "Pinching" and "Throwing". At the start of a match, players may scan one beetle card and up to three different skill cards with the card scanner in the middle of the machine before choosing one of the three move types to execute within a given time limit. The first player whose beetle reaches 0 stamina points loses.

The following things can happen during a battle:

-If a player chooses the winning move, the winning player's beetle shall execute the skill learned for that type of move.
-If both players pick the same move, a tie will result and both players' beetles lose 10% of their total stamina.
-If a player has chosen his/her move and the other player has not selected a move within the time limit, the other player's move will automatically lose.