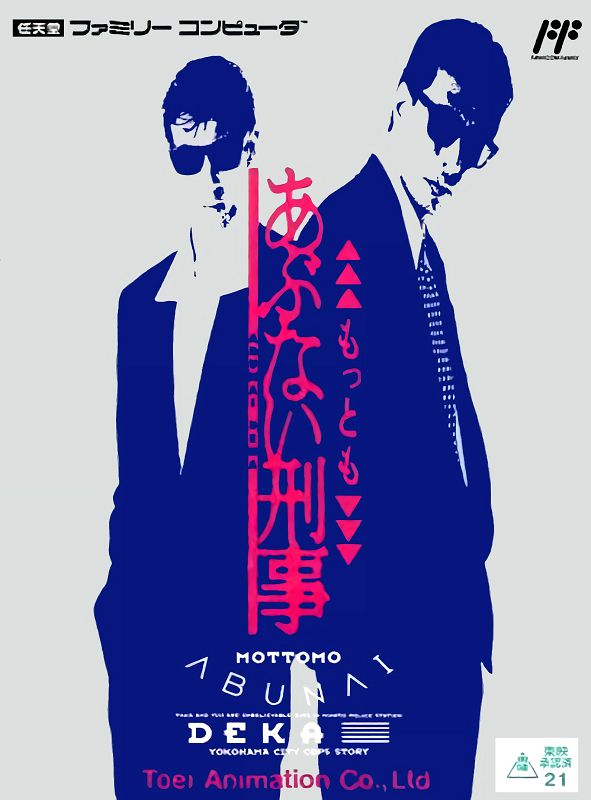 By TompouceGabriel : November 4, 2019
Mottomo Abunai Deka released in Japan on the Nintendo NES, is an adaptation of a popular Japanese series.
It is an action game with horizontal scrolling like Dick Tracy, Robocop or Vice - Project Doom: a man, a gun, bad guys to shoot, some shots of subjective shots and car chases. You play modern Sherlock Holmes and John H. Watson (more precisely Taka or Yuuji) in a very dark universe, and you will be confronted in particular with enemies of the Yakuza gang "The Silver Star" and you will also be led to corruption within the police department among others ... The big advantage of this little game is the ability to play two simultaneous, phenomenon still rare at the time.