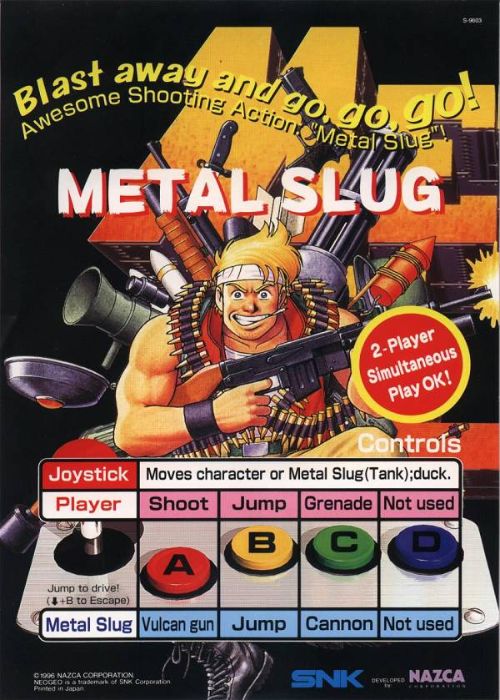 Metal Slug, originally released on the Neo Geo, is a side-scrolling shoot'em'up.

The player(s) takes the role of a soldier (or two) and fights a gigantic army. Every level consists of running forward blasting anything that moves, while collecting power-ups along the way (there's also a wide selection of weaponry in the game). In the end of each level the player goes up against one gigantic boss.

The PlayStation port introduces some extra features: there is a combat school where the player may fight with other players for the best time on each level and an art gallery.