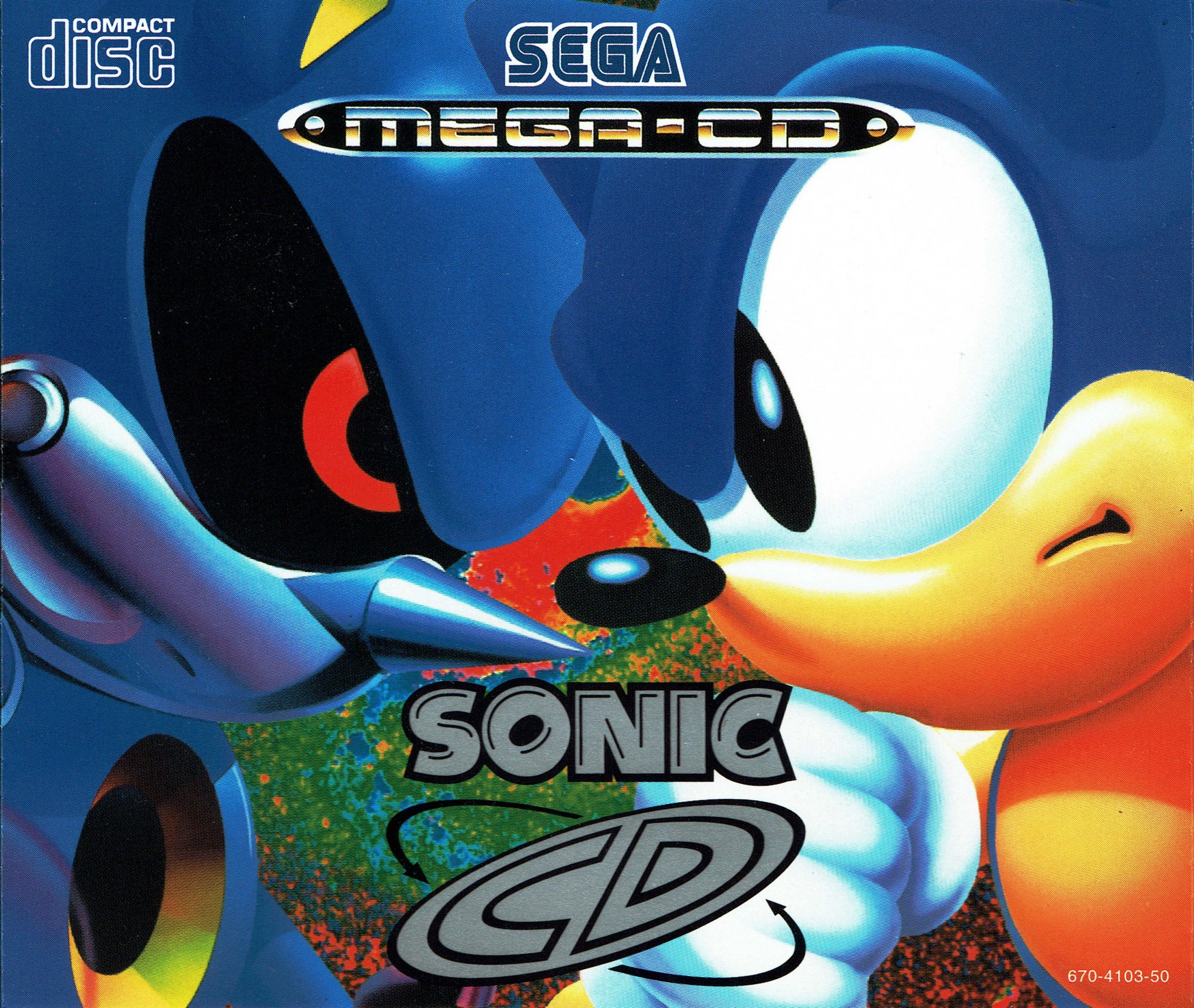 Sonic the Hedgehog and his self-proclaimed girlfriend Amy Rose travel to Never Lake, only to discover the legendary Little Planet there, tied in chains and covered by metal. It appears that Sonic's archenemy, Dr. Eggman, is using the powers of the planet in order to manipulate the fabric of time. He created Sonic's evil counterpart, Metal Sonic, who kidnaps Amy and disappears. Now the brave hedgehog must explore the Little Planet, collect seven jewels capable of altering the passage of time, free Amy, and defeat Metal Sonic along with his master.

Sonic CD is a fast-paced side-scrolling platform action game, similar in gameplay to other installments of the series. Sonic uses his patented spin attacks to destroy the doctor's minions, and collects various items, such as protective rings, shields, and speed shoes. His special attacks include the Spin Dash and the Super Peel Out. A stand-out gameplay feature of this installment is Sonic's ability to travel to past and future versions of the stages he traverses. Depending on the player's action in the past version of a level, the future versions (which contain obligatory boss enemies) will change from "bad" to "good", having more or less enemies and obstacles, respectively.

Time Stones can be collected by completing special stages, in which Sonic has to shoot UFOs within an allotted time limit. The game's "good" ending can be achieved either by collecting all the seven Time Stones, or by turning all future level versions into "good". The game has features that take advantage of the CD format such as CD audio, video clips, and more levels (over fifty in total).