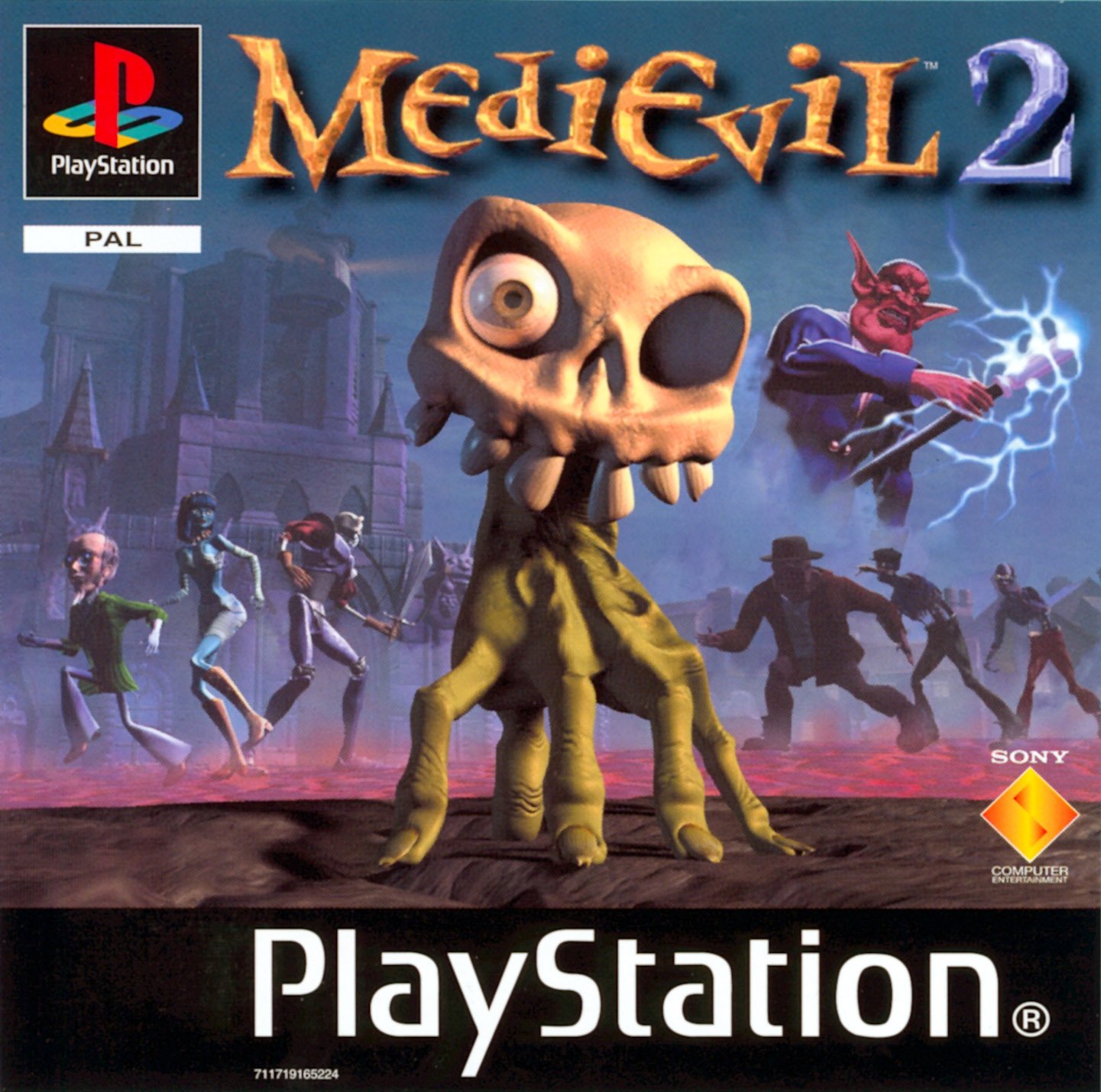 After Sir Daniel Fortesque vanquished the evil sorcerer Zarok in the year 1386, he was finally admitted into the Hall of Heroes, resting in peace. However, five hundred years later Dan unexpectedly awakens in a Victorian museum in Kensington. A ghost named Winston tells him that the sorcerer Lord Palethorn has found Zarok's spell book, reanimating the dead as a result. The pages of the book have been scattered all over London, and it is the task of the valiant knight and his new companions to prevent the mad lord from collecting them and conquering the city.

MediEvil II is an action game similar in concept and basic gameplay to its predecessor. The sequel is somewhat more linear than the first installment, having no world map and hence no possibility to choose the next level. As before, Dan relies on melee and ranged weapons to get rid of the enemies; however, the 19th century setting has replaced bows from the previous game with firearms such as pistols, shotguns, and portable gatling guns.

A new feature allows the player to equip two weapons on the protagonist and switch between them quickly during combat. Dan also gains the ability to split his own head off, sending it to explore areas he cannot access with his whole body. While in this mode, Dan can solve puzzles and find hidden treasures, but becomes more vulnerable to enemy attacks. The sequel also adds a rotatable camera during exploration.