Mazan: Flash of the Blade 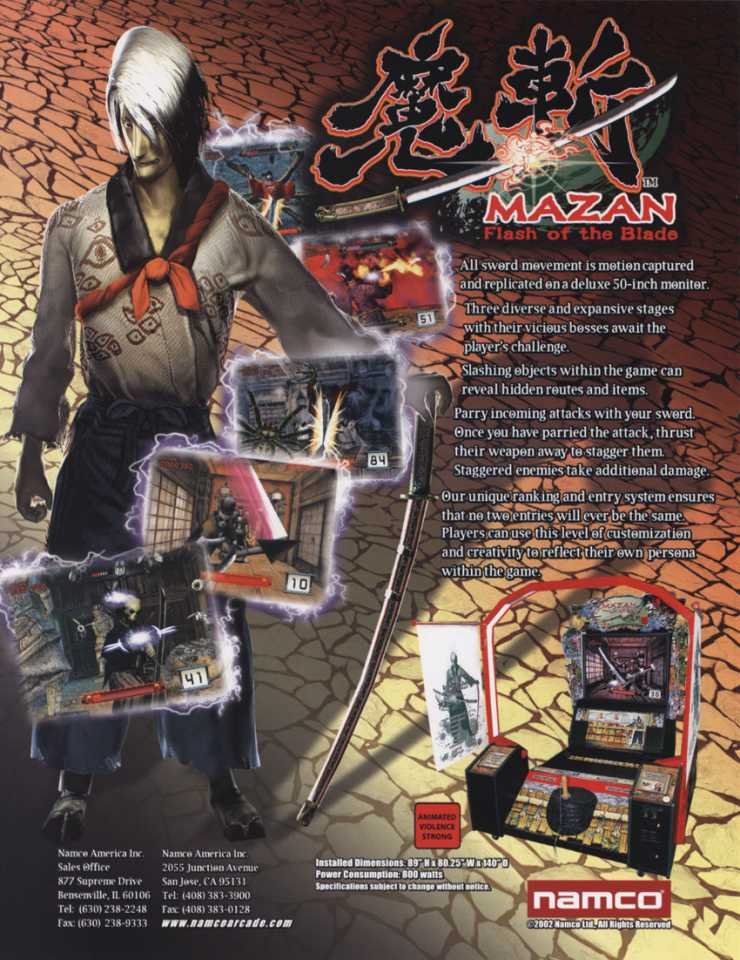 By GambierBae : June 3, 2020
MAZAN – Flash Of The Blade by Namco puts the player into the role of an ancient samurai warrior. This is one of several arcade titles that pioneered the use of motion sensing / gesture technology years before such ideas were used on home game consoles like the Nintendo Wii or Microsoft Kinect.

Here, the player uses the samurai’s weapon of choice to control the action – a katana sword. Using positional sensors, the game is able to actively track the current position of your sword along with the angle and swing. Your success, score and life, depends your ability to properly manipulate the sword to be at the right place at the right time. Fight your way across three stages against hordes of gruesome undead creatures. Slash objects to unveil hidden items and be ready to parry on-coming attacks! Successful parries allow you to send your enemies reeling before finishing them off. Mazan is truly a unique arcade game that adds some fun variety to any game line-up.