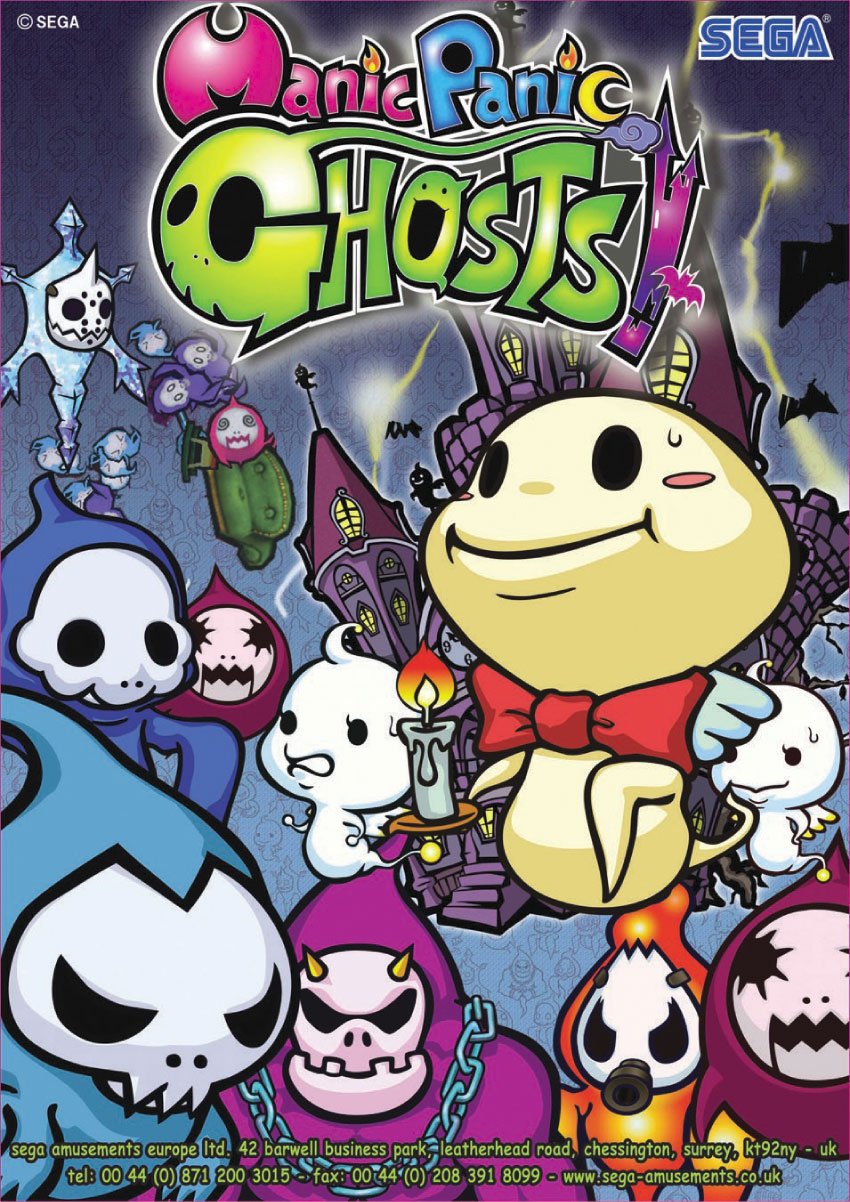 By GambierBae : May 20
Manic Panic Ghosts is an arcade game where the player enters a mansion that has been overtaken by some bad ghosts. Upon entering the mansion the player meets Sebastian, a good ghost and the butler of the mansion, who asks the player for help in dealing with the troublesome ghosts.

The basic gameplay is similar to Whack-A-Mole and the game is played with a magic wand that is used as a mallet to hit ghosts. Ghosts will appear quickly on the screen and the player has to hit them before they disappear. Each stage is short (circa half a minute) and the objective is to hit a number of ghosts before time runs out. By waving the wand it gets charged and will then allow the player to take out a cluster of ghosts in one blow. Sometimes good ghosts will appear on the screen and these have to be avoided since they give a time penalty when hit. Some ghosts throw objects that have to be hit before they reach the player. The wand can also be used to drag some enemies around such as the ice ghosts which has to be pulled into fire to be destroyed.

To successfully complete the game six stages has to be completed. Failure with the final stage will lead to a bad ending. Prior to a stage the player gets to choose between two doors each leading to a room with its own challenge. The challenges that can be selected are randomized for each playthrough. In addition to the gameplay variations described above there are also some mini games. The game can be played by a single player or two player in a co-operative mode.