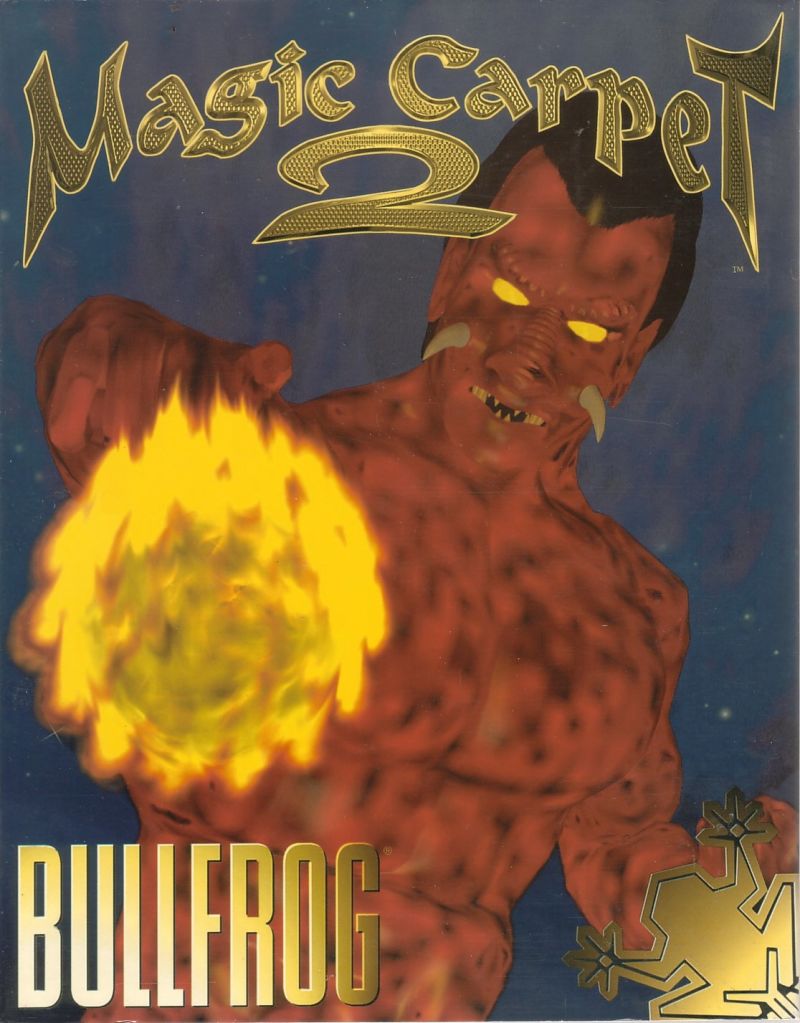 By RomStation : January 3
The evil demon lord Vissuluth has taken control of the realms of the Netherworld. Once prosperous lands have been infested with monsters and several evil wizards, Vissuluth's side-kicks, are up to no good either. Fortunately the magician Kafkar knows a promising young apprentice who may stand up to Vissuluth. You're that apprentice!

Magic Carpet 2: The Netherworlds is the sequel to Magic Carpet and uses a new 3D engine to produce better looking graphics. New spells and monsters are also included. It's an action game with some elements from other genres thrown into the mix. The biggest part of the gameplay is FPS action. You fly around on your magic carpet, clearing levels by killing monsters and battling other wizards. Instead of guns, you use offensive spells like fireball, meteor, lightning, tornado etc.

Every monster you kill leaves behind a certain amount of mana which you can possess and store in your castle. You need this mana to cast spells and if you store it in your castle other wizards can't steal it (in some levels you need to defend your castle from attacks by monsters and rival wizards). With enough mana you can upgrade your castle which allows you to cast more powerful spells. During the course of the game you'll get all kinds of new spells and improve the ones you already have.

Like many other games by Bullfrog Magic Carpet 2 is also a bit of a god game. Many realms are inhabited by neutral citizens; you can help them by destroying monsters that attack them or destroy their cities yourself. You can also completely transform each game world with spells like volcano, earthquake and gravity well.