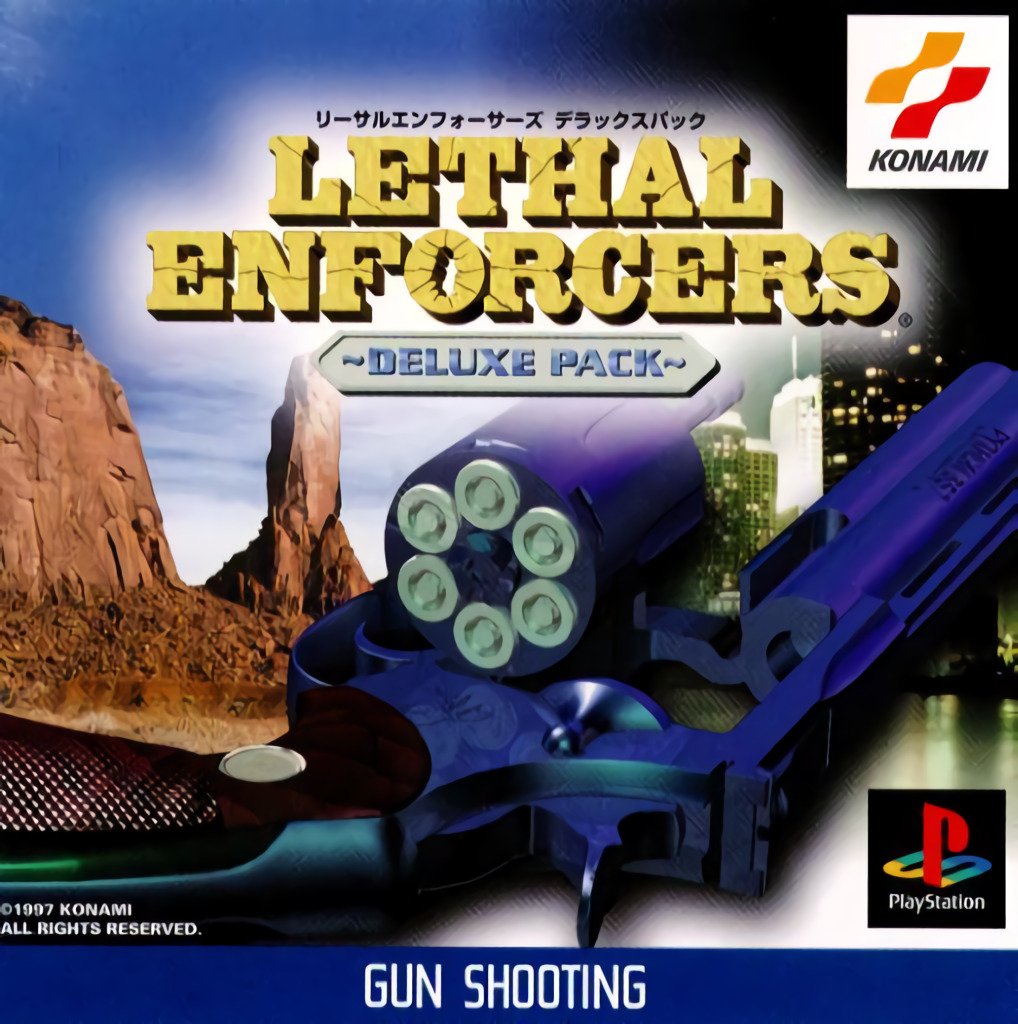 By GambierBae : August 17
Lethal Enforcers I & II contains the Konami coin-op shooters Lethal Enforcers & Lethal Enforcers II: Gunfighters both on one disc. The games both share a similar gameplay structure with digitized enemy targets "popping up" on screen and simply needing to be shot down before they take a shot at you.The original game places you as a 1990s police officer fighting bank robbers, Chinese Mafia and drug dealers while in the sequel you are now a Sheriff up against more bank robbers and wrong doing but now set in the Old West. Lethal Enforcers can be played with either a standard game pad or for more of an authentic arcade experience, the Konami Hyperblaster light gun.