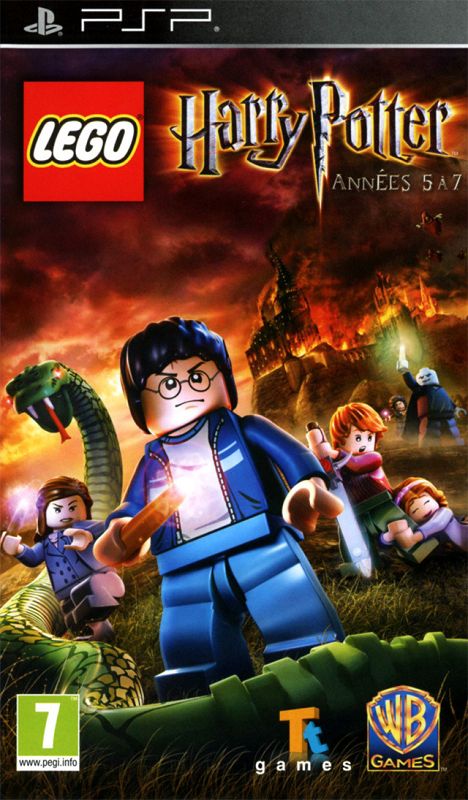 LEGO Harry Potter: Years 5-7 for handheld and mobile platforms is similar to the game on consoles. It adapts the last four films of the Harry Potter series into the LEGO game format. Compared to the console version, it has fewer and smaller levels with different puzzles and less playable characters.

The story of the films is retold in 14 chapters (compared to the 24 chapters of the console version). A lot of the same cutscenes of the console version are re-used. Gameplay follows the standard template of the LEGO series: players move through the levels, picking up collectibles, solving puzzles and defeating occasional enemies. Different characters have different abilities which must be used in combination to overcome the challenges. Only wizards and witches can use magic spells like Wingardium Leviosa (for levitating objects) or Stupefy (for stunning enemies). Other skills include super strength (for pulling open doors) or the control of a pet (which can dig in the ground to discover secrets). Once completed in Story Mode, levels become available for Free Play, which allows using unlocked or bought characters for replaying the levels, discovering any remaining secrets through their special abilities.