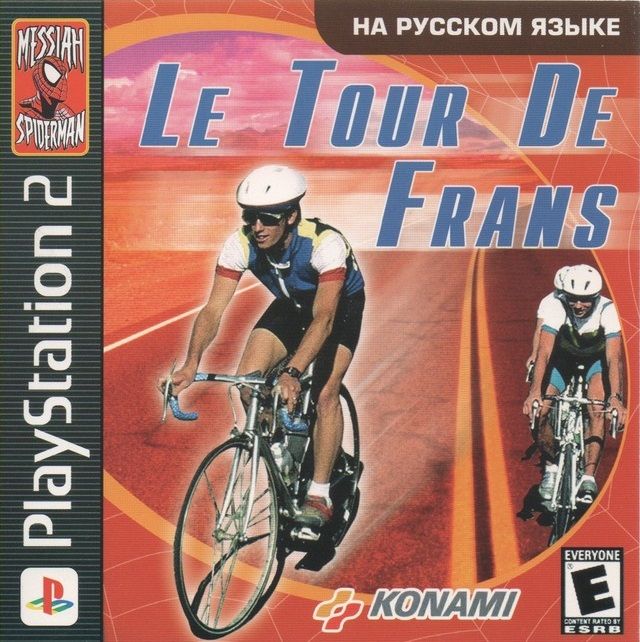 By Nanoman6666 : September 21, 2017
Tour De France is a rather unique beast that opens a new genre that hasnt been used for many years  stamina racing. The premise of Tour De France is basic  take part in local races to build up your bike and career to enable you to race in the biggest cycling race itself but its not just the case of pedalling as fast as you can around France

The games biggest evolution and stand out point from the rest comes from its Stamina bar. Once in the race there are 3 ways to pedal. The first is to hold down X that lets you pedal along leisurely, the second is repeated press X to stand up and pedal fast, which in turn depletes your stamina, and the third is to not press anything and not pedal  ideal from gaining stamina on downhill sections. Push too hard and your stamina will run out and youll retire from the race. The ways to get back your stamina are to ride in the slipstream of other riders, which is a task in itself, or to take one of your five drinks your allowed per race.

On top of all the stamina worries are the fact that you can crash and take on damage to yourself. Damage results in losing a segment of your stamina bar for the rest of the race, which makes the race even tougher for you. Crash too many times and youll retire as well.

While it all seems a bit too complicated, youll start to work out your own method of racing tactics to keep yourself going. Tour De France is a daring racer that actually needs you to use a little bit of your grey matter  something that Konami should be applauded for.

Sadly despite the innovations to the genre there are also let downs. After taking part in various local races in the career mode, youll be upset to see that the Tour De France is actually just a group of the local stages with all the times added up to form a winner. Although I didnt expect mapping of all the stages of the great bike race, I did not expect the same stages rehashed! Furthermore, there is a bizarre tendency to make you start outside the top 100 cyclists on stages, which ruins all your hard work from the previous stages!

The graphics keep up with the speedy game play, so that when theres around 15 riders all in one group, the game doesnt slow down at all, but then the speed of the game catches you out at the corners that together with the sluggish turning of the cycles, can see you in flying off into the wall!

Tour De France is an innovative little title, and anyone looking for a different game from the racing crowd, you could do a lot worse than coming here.