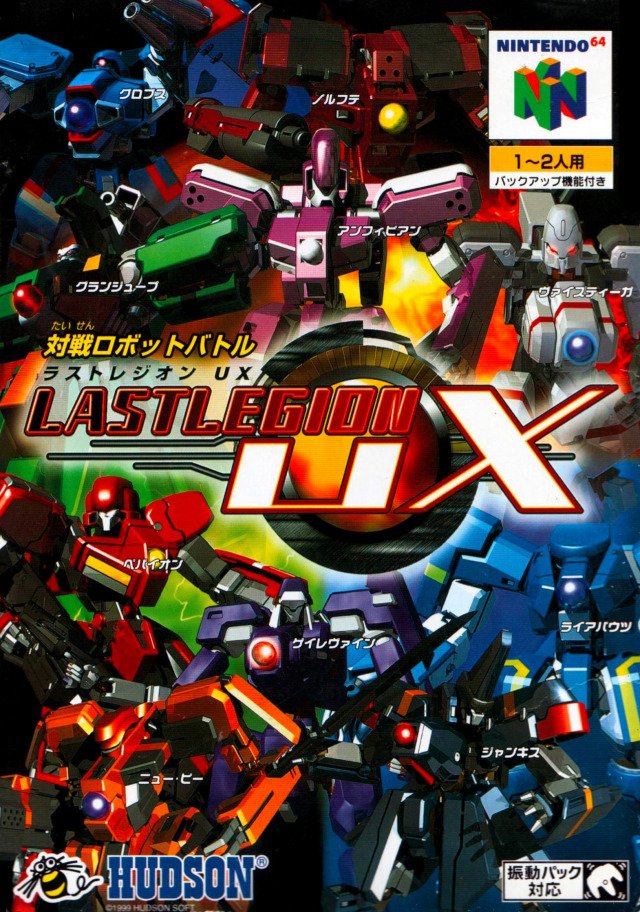 By Tanuki78 : October 7
In the far-flung future, UNION IV and Light Raid fight for control of the Earth using mechanized battle suits known as Legions. Light Raid attempts a coup by sending eight Legions 4500 years into the past to win the war before it begins, but a single UNION IV Legion is quick to follow.

Last Legion UX is a 3D arena fighter with full freedom of movement. Twelve playable mechs can be outfitted with a wide variety of weapons and shields for different capabilities in battle. Go head-to-head against the computer in Story Mode or 1 Player, or fight against a friend in 2 Player.

Thanks to Zoinkity for this English translation.