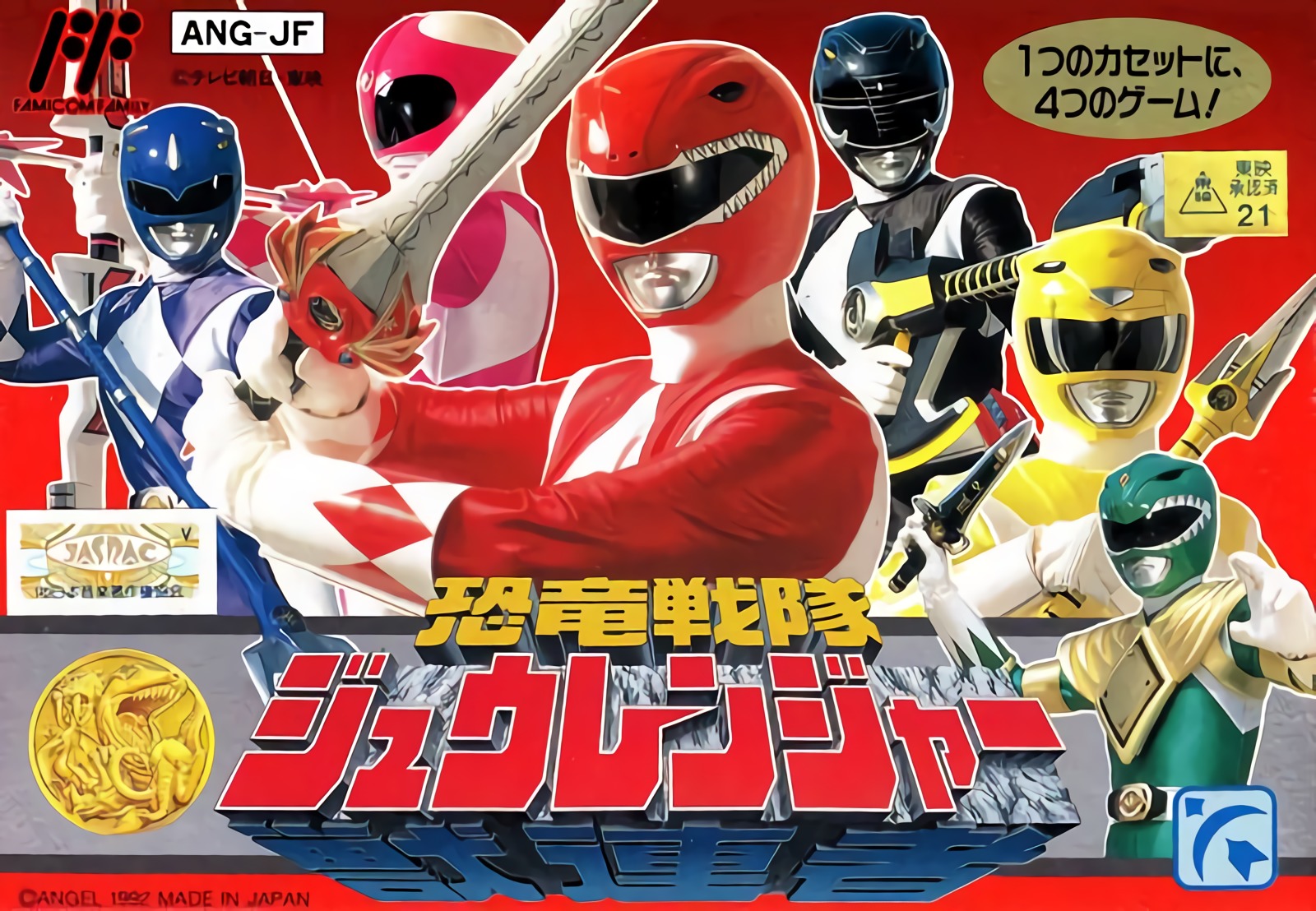 Kyōryū Sentai Zyuranger is an action platform game based on Japanese TV show of the same name which later inspired US TV series Power Rangers. As in the show, the villain witch Bandora is plotting an evil scheme and zyurangers set out to stop her. The game consists of five stages each ending with a boss fight. Each stage is assigned to one of five zyurangers. The ranger starts with a blaster, but by entering a door halfway through the stage he gets his respective legendary weapon. Legendary weapons are stronger than the blaster, but in most cases have limited attack range. If the player collects ten coins scattered in the stage, a picture of zyuranger's respective mecha is shown and the ranger's health is fully replenished. Between the stages the player is challenged to one of three possible minigames: a simple quiz, a pong-like game or a bomb toss game. These minigames can be selected and played from the main menu, with the latter two available for two-player mode. The game has a password feature.