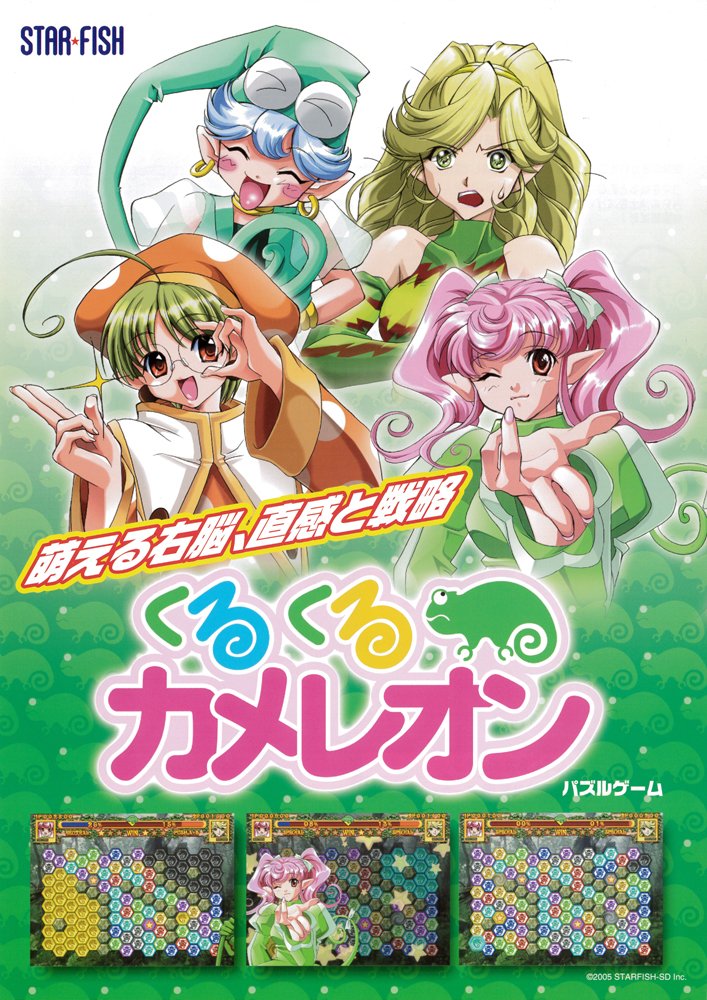 By GambierBae : February 8
Kuru Kuru Chameleon is an altered remake of 7 Colors, an IBM PC/Amiga/Atari ST game developed by Gamos and published by Infogrames in 1991. The following year 7 Colors was brought to the PC-98 by HOT-B as The 7 Colors - Kuru Kuru Chameleon derives on this version, as Starfish bought HOT-B and its assets in 1993. Though the rules between the two games are similar, 7 Colors deals in diamonds, while Kuru Kuru Chameleon uses hexagons.

Two players take opposite corners of a rectangular playing field consisting of hexagonal tiles of various colors. Each player is in control of one set of tiles which all have the same color and all touch on at least one side. On each turn, the player chooses one of the remaining colors, which turns their current set of tiles into that color and adds all adjacent tiles of that color to their set. The first player to have a majority of the field's tiles in their control wins.