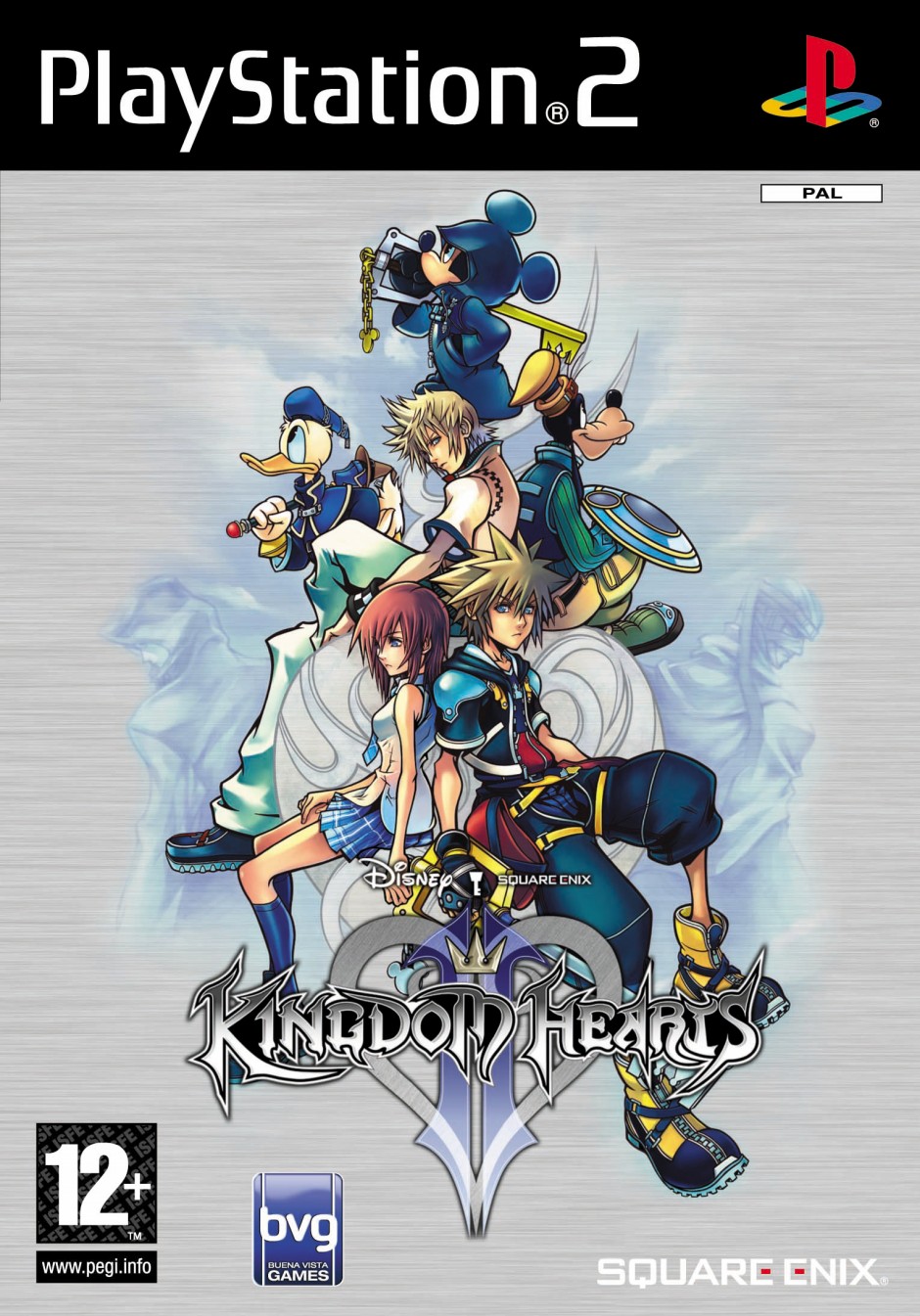 Sora, Donald, and Goofy are back in the third installment (second for PS2) of the Kingdom Hearts series, continuing where Kingdom Hearts: Chain of Memories left off. The trio awakens from their sleep and goes to Twilight Town. When the game begins, you will first have control over a boy name Roxas who wields a dual-Keyblade. He is trying to enjoy the remainder of his summer vacation with his friends but he keeps having flash-backs of someone else's memories.

When he meets up with Sora, the two learns they have a special connection with one another. Afterwards, the group will continue their search for King Mickey and Riku. This time, they will travel to new worlds and work with various characters from the Disney and Final Fantasy universes. This includes worlds from not only Disney's animated movies but other movies as well like Pirates of the Caribbean and TRON.

Gameplay is very similar to Kingdom Hearts: the player controls Sora with Donald and Goofy helping with their magic and attacks. Sora can use various magic powers as well as use Summon which will call upon the aid of special Disney characters that will temporarily fight alongside him. A new feature of combat are "Reaction Commands". Some enemies will leave themselves open during attacks, and if the player presses the Reaction Command button when prompted Sora will take advantage of the situation, either turning an enemy's attack against them, striking from a defenseless side for extra damage, or avoiding an otherwise unavoidable attack. As the trio levels up and progresses in the game they will gain new abilities that they can equip. Also, after Mickey meets the party, if Sora is KO'd the player will have the option of controlling Mickey and defending Sora until he can recover.

Another new feature is the Drive gauge. When filled and activated Sora absorbs the strength of his allies and gains new powers, like long range magical bullets in Magician form or the ability to use two keyblades in Strength form. Using Drive forms will power them up, unlocking new abilities and allowing them to be used for longer periods of time.

The Gummi Ship returns, but the speed of combat during Gummi Ship level has been greatly increased. While the path of the Gummi Ship is still out of the player's control, the ship can now attack enemies to the front, sides, and behind. Gummi Ship levels can be re-challenged at different difficulty levels, with different levels offering greater challenge and new enemy patterns. Achieving high scores in these levels rewards new Gummi Ship parts and plans.